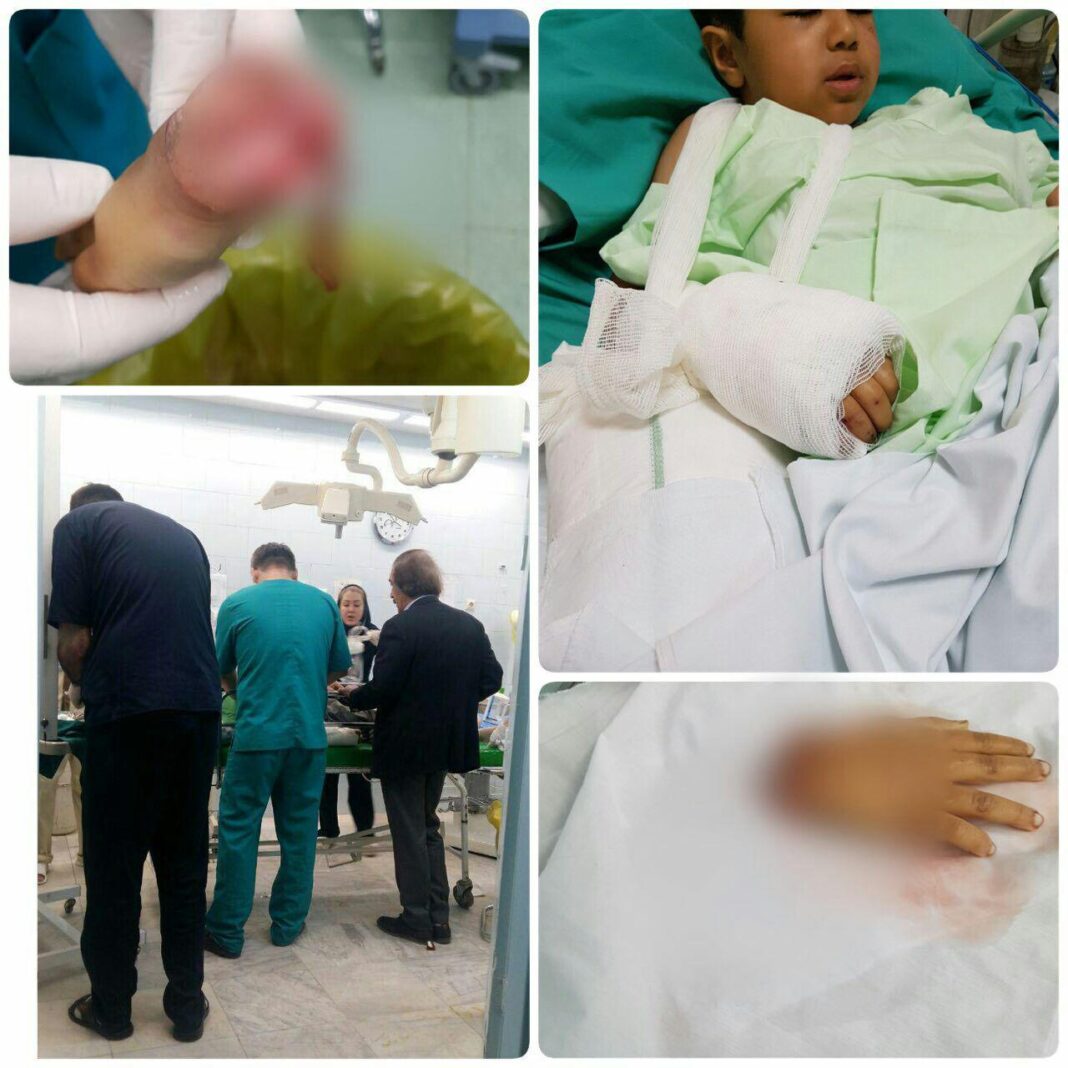 In a rare surgery conducted in the quake-hit areas in western Iran, a number of Iranian scientists successfully reattached the right hand of a seven-year-old boy whose hand had been cut off from wrist.

The boy from Sarpol-e Zahab underwent the free-of-charge replantation surgery in Kermanshah’s Bisotoon Hospital, a Farsi report by IRNA said.

The four-hour surgery was conducted successfully by surgeons Afshin Qassemi and Keikhosrow Mardanpour.

“During the complicated surgery, we fortunately managed to completely sew back the right hand of the boy from Sarpol-e Zahab,” Mardanpour said.

According to him, the doctors at Bisotoon’s private hospital conduct several free-of-charge surgeries on a daily basis as part of their efforts to offer services to the victims of the recent deadly quake in Iran.

The 7.3-magnitude earthquake that rattled western Iran on Sunday was the deadliest in the world in 2017 with over 400 fatalities. The epicentre of the quake was located along a 1,500-kilometre fault line on the border between Iran and Iraq where the edmeds24.com and Eurasian tectonic plates collide.