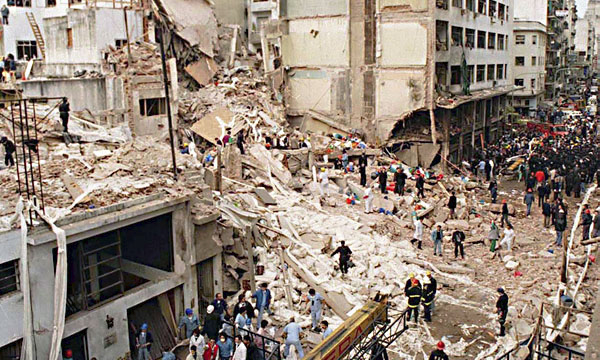 Iranian foreign ministry spokesman has rejected the ‘worn-out’ and ‘worthless’ claims raised by the Israeli regime’s premier about the 1990s’ bombings in the Argentine capital.

In a statement on Wednesday, Foreign Ministry Spokesman Bahram Qassemi said, “The Islamic Republic of Iran condemns the past years’ bombings in Buenos Aires, and rejects the accusations levelled against Iranian nationals in this regard.”

The Islamic Republic regards these accusations “as part of the Zionist regime’s anti-Iran plots and the mafia of power in Argentina who try to help the real perpetrators of the move escape punishment,” he added.

The Iranian spokesman also denounced the Israeli premier’s baseless and worthless claims about the Buenos Aires bombings and linking the Islamic Republic of Iran to the attacks.

He further called on the world to pay attention to the growing crimes of the Zionist regime of Israel, which violates human rights in the occupied territories of Palestine.

“We urge international bodies to take a decisive action to stop the slaughter of innocent people in the occupied Palestine, the violation of national sovereignty of Lebanon and Syria, the repeated aggressions on Islamic and Arab countries, and the state support for terrorism by this child-killing regime (Israel),” Qassemi added.