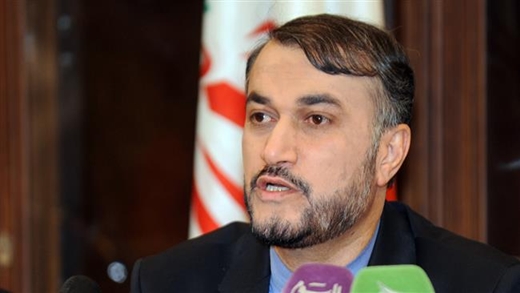 All sides should focus on finding a political solution to the conflict in Yemen, said Amir Abdollahian, stressing that use of force would certainly fail to resolve the crisis.

Iran has renewed calls for an immediate halt to the Saudi military campaign against Yemen, saying political dialogue is the only way out of the conflict in the violence-wracked Arab state.

In a phone conversation with UN special envoy to Yemen Ismail Ould Cheikh Ahmed Friday, Iran’s Deputy Foreign Minister for Arab and African Affairs Hossein Amir Abdollahian said all sides should focus on finding a political solution to the conflict in Yemen, stressing that the use of force would certainly fail to resolve the crisis.

The Iranian diplomat emphasized the need for an immediate end to Saudi attacks and humanitarian blockade against Yemen.

Tehran holds constant consultations with the UN representative and will do everything it can so that the negotiations between Yemeni factions in the Omani capital, Muscat, lead to fair conclusions, Amir Abdollahian said.

Ahmed, for his part, hailed Iran’s efforts to help settle the Yemeni conflict, voicing optimism that Yemeni factions would agree on a political solution in the near future.

An agreement has been drafted, and the Yemeni groups are expected to offer their views on the text in the coming days, he said.

Saudi Arabia has been carrying out raids against Yemen since March 26, defying international calls for a halt to its deadly campaign which has led to a deteriorating humanitarian situation in the impoverished state.

According to the United Nations, the conflict in Yemen has killed nearly 4,000 people, almost half of them civilians, since late March.