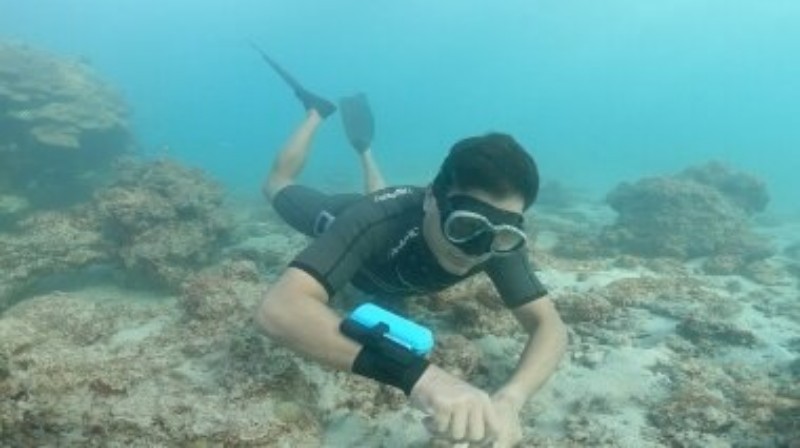 Iranian researchers at a science and technology park in the southern city of Kerman have manufactured a wearable wristband that saves the life of swimmers in the absence of a lifeguard.

CEO of the Iranian manufacturing company told ISNA that his team has designed and developed the inflatable lifesaving wristband which can easily keep the swimmers afloat in an emergency, without the need for a lifeguard.

Afshin Salari said thousands of people die from drowning in Iran every year, including a remarkable number of skilled swimmers and divers.

He noted that the lifesaving wristband made by his company is a smart product equipped with GPS location technology that could track the swimmers in danger of drowning by allocating an exclusive IP to each wearer.

The Iranian wrist strap has an air pressure control valve that could be utilized by the divers in deep water, and is also equipped with a compass and emergency lighting.

According to Salari, the homegrown lifesaving wristband enjoys greater advantages in comparison with the US-made product, such as higher capsule capacity and flexible airbag.

The Iranian lifesaving device could be also attached to all parts of the body, is sold under warranty, and costs one-tenth the price of similar foreign products, he said.

Salari finally noted that his company’s research and development team, including five experts, is working to optimize the products.