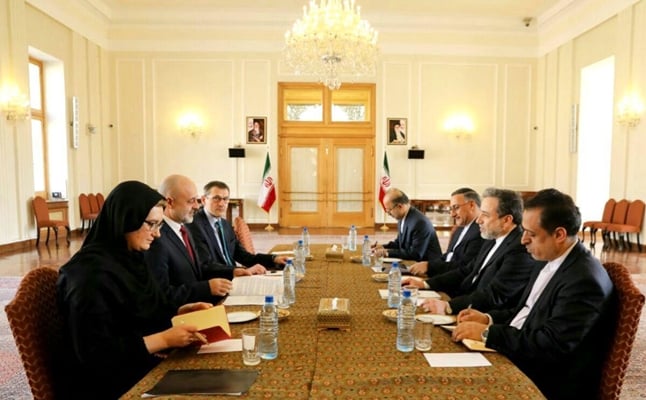 Lang arrived in Tehran on Monday at the head of a political delegation for talks with the Iranian official.

During the meeting, the polish diplomat referred to the “very good” mutual relations between Iran and Poland throughout history and reiterated his country’s resolute support for the Iranian nuclear deal.

He underlined that Poland maintains that Iran, as one of the main players of the Middle East, has an influential role in the regional developments.

“Our goal of holding such a conference is to contribute to efforts to resolve regional problems, and Poland as a friend country for Iran will not allow any anti-Iran move during the conference,” he said.

For his part, the Iranian official underlined that the Middle East crisis is rooted in the Zionist regime’s occupation.

“The Zionist regime and its occupational and suppressive policies are the main problem of the region and the region will not gain peace until the Palestinians are given their legitimate rights.”

The diplomat said the absence of such a significant issue on the agenda of the conference reveals its unilateral nature. “It is clear that the US is seeking other goals through holding the conference,” he noted.

Araqchi also cited the US adventurous policies as another problem of the region and said how the US can claim it is after resolving regional problems while it is seeking to destroy the Iran nuclear deal as the only fruit of diplomacy and negotiations in the sensitive region?

Araqchi finally underlined that the Islamic Republic has always been seeking to restore peace and security to the region and has proven its intention through waging war against terrorist groups like ISIS “but we do not allow any country in the region or outside to make alliance against our interests.”

Days before heading to Tehran, Lang had called hosting the conference a “success” for his country saying “the conference has pivotal importance for the Polish-US relations. It is the expression of our strategic partnership and trust. A total of 70 states from all over the world were invited to partake in the conference.”

US Secretary of State Mike Pompeo said earlier that the Warsaw conference would focus on stability and security in the Middle East, including the “important element of making sure that Iran is not a destabilising influence.”

In protest, Iran’s Foreign Ministry summoned Polish chargé d’affaires in Tehran Wojciech Unolt last week to provide answers as to why Warsaw had agreed to host the event.

The conference is to be held as part of the US growing anti-Iran campaign since the US President Donald Trump took office in 2017.

In a post on his tweeter account, Zarif said that “while Iran saved Poles in WWII, it now hosts desperate anti-Iran circus.” He was referring to Iran hosting more than 120,000 Polish refugees during the Second World War.