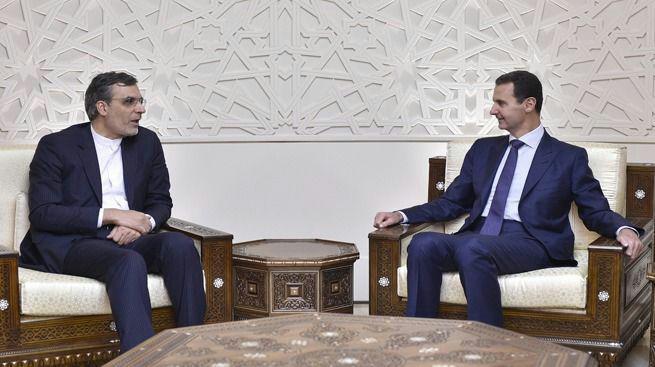 Jaberi Ansari, who is also the head of the Iranian delegation to Astana Talks on Syria, held talks with Assad in the Syrian capital, where he arrived on Wednesday (November 16) following a short visit to Russia.

During the talks, the two sides discussed the latest developments in Syria and the entire region. They also exchanged views on the political and diplomatic measures adopted so far to put an end to the Syrian crisis which has been underway since 2011.

Jaberi Ansari also met Syrian Foreign Minister Walid Muallem. During the meeting, the two sides conferred on the latest regional developments and the latest efforts made to end Syrian crisis.