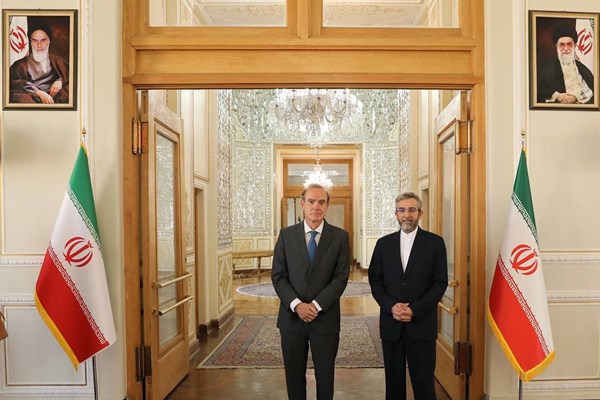 According to a tweet by Ali Baqeri on Wednesday, high on the agenda of the talks is bilateral ties between Tehran and Brussels as well as the developments in Afghanistan and talks for removal of anti-Iran sanctions under the nuclear deal.

Earlier, Foreign Ministry Spokesman Saeed Khatibzadeh also said the visit by Mora is part of the “bilateral consultations on topics of interest including Iran-EU relations, Afghanistan and the Nuclear deal”.

“Discussions and contacts between the two sides were never cut off and continues regularly on different issues and this visit is part of the same framework,” Khatibzadeh added.