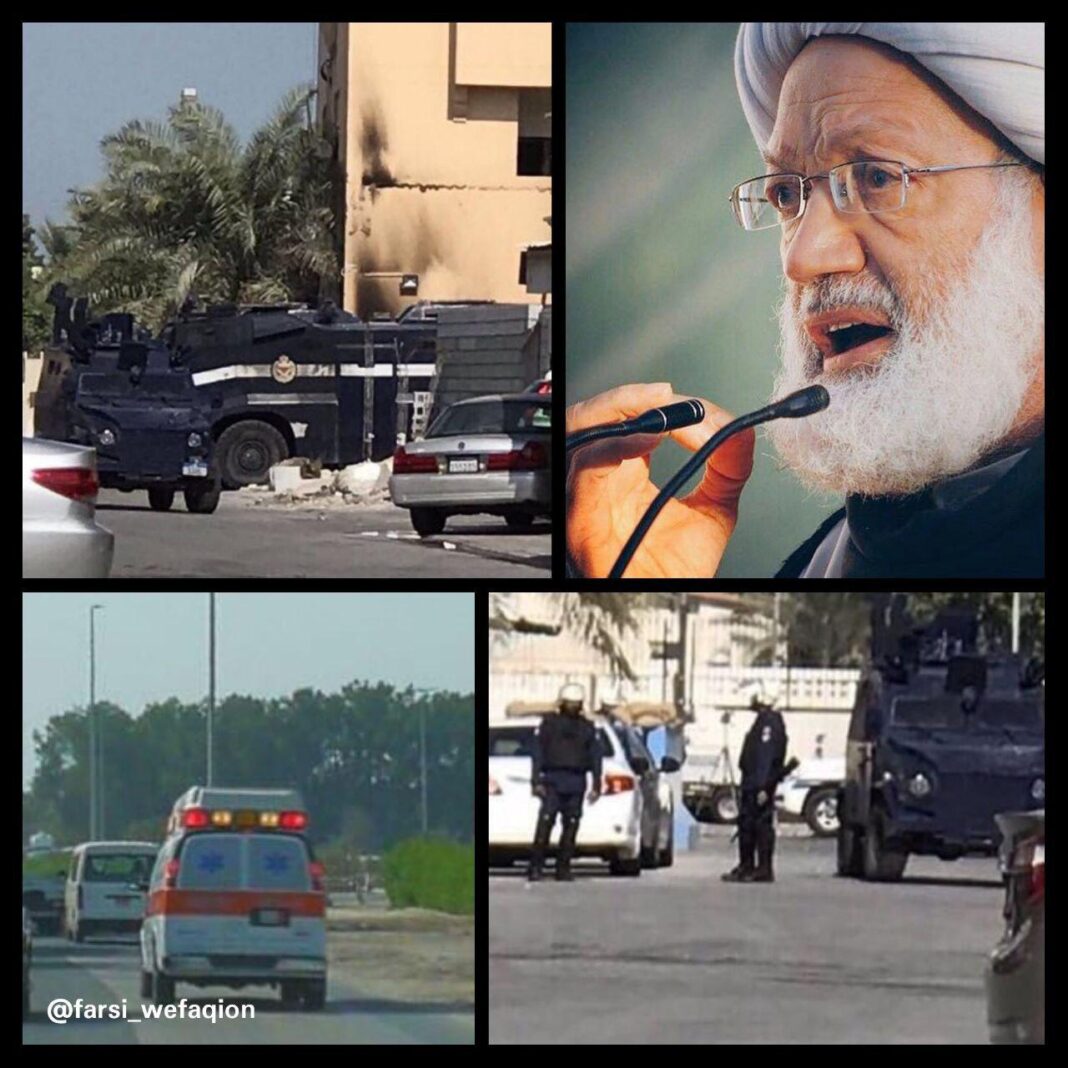 In a Wednesday statement, Qassemi referred to the latest reports on the deteriorating health condition of Sheikh Isa Qassim and held Manama regime responsible for the consequences of any delay in the top cleric’s treatment.

“By imposing severe limitations on Sheikh Qassim and keeping him under a long-time house arrest, the Bahraini regime has restricted the cleric’s access to medical services and trusted doctors,” he added.

Qassemi once again stressed that the Bahraini officials’ insistence on tightened security measures will make the situation in the kingdom more complicated.

He then called on the international organizations to step into the fray, remove the limitations imposed on the top cleric, and provide him with immediate and reliable medical services.

Security measures in Bahrain have been tightened against the top Shiite cleric, whose house is surrounded by security forces, according to media reports. An ambulance has been witnessed near the house, but the cleric is still home and the ambulance has left the area.

Sheikh Isa Qassim, the outlawed Wefaq’s spiritual leader, was stripped of his citizenship in June last year over accusations that he had used his position to serve foreign interests and promote sectarianism and violence. The cleric was handed a suspended one-year prison term and ordered to pay a fine.

The ruling against the prominent Shiite cleric sparked widespread protests and condemnations. Bahrain has been gripped by anti-regime protests on an almost daily basis ever since a popular uprising began in the country in February 2011.