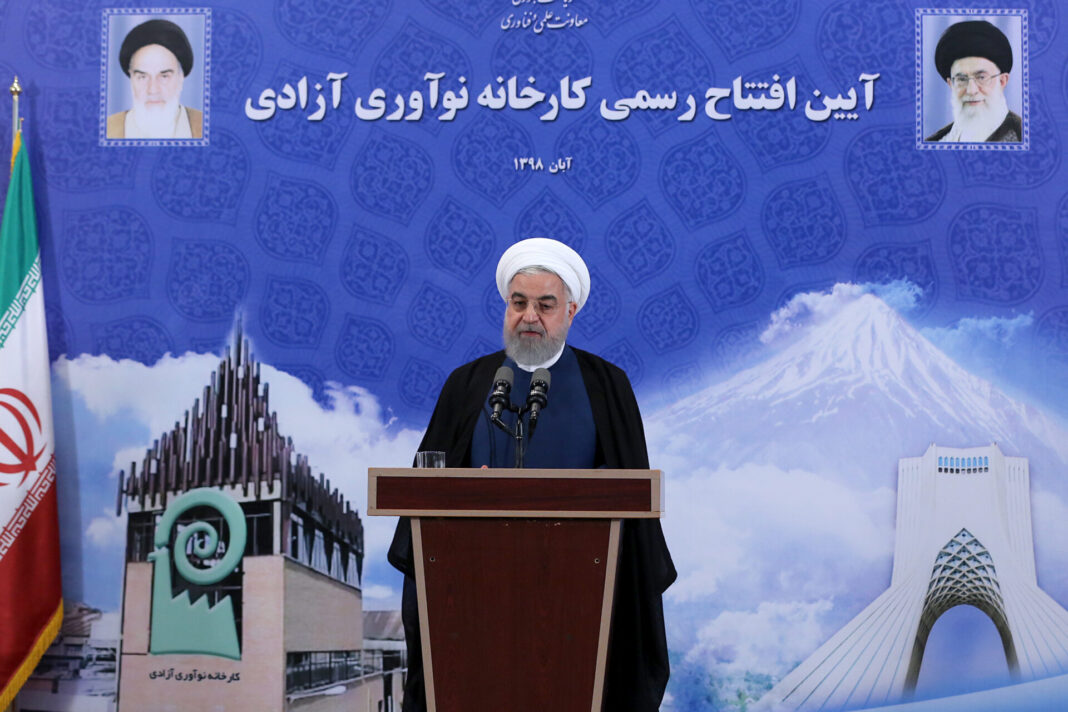 Iranian President Hassan Rouhani has officially announced that the country will start the fourth phase of reducing its commitments under the 2015 nuclear deal as of Wednesday, November 6.

Addressing a ceremony in Tehran on Tuesday, President Rouhani said he will order the Atomic Energy Organization of Iran (AEOI) to start injecting gas into the centrifuges of Fordow nuclear plant as part of the fourth phase.

According to the president, Iran was not supposed to inject any gas into the 1,044 centrifuges it has in Fordow according to the Joint Comprehensive Plan of Action (JCPOA), but it is not going to comply with that restriction any more given the US’ withdrawal from the accord and the European countries’ failure to meet their commitments.

Rouhani said Tehran is well aware of the other parties’ sensitivity to Fordow and the country’s centrifuges, and expect them to make a fuss about the fourth phase.

However, he added, the move is reversible like the previous ones, and Iran is ready to stop injecting the gas once the other parties fulfill their commitments.

He also noted that Iran’s nuclear activities will remain under the supervision of the International Atomic Energy Agency (IAEA).

Iran had earlier taken three separate calibrated steps away from the deal, and had warned it would take the fourth in November unless the US lifts economic sanctions.