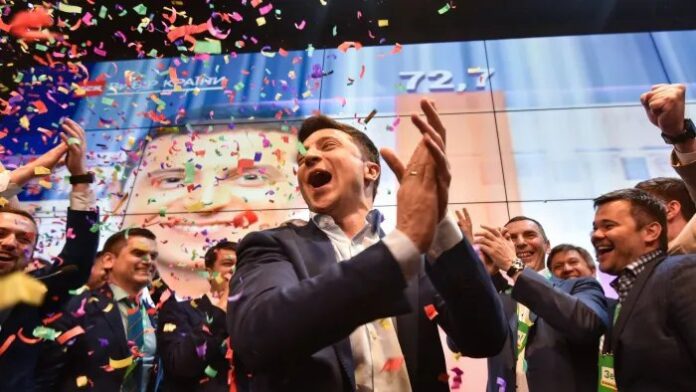 “The huge number of votes Mr Zelensky won in the recent presidential elections shows the trust Ukrainian people have in him, and the great social capital he enjoys,” Mousavi said in a Monday statement.

He also expressed hope that the latest developments would result in further success and prosperity for the Ukrainian people and leaders in the future, and in establishment of calm and sustainable peace in the country and the region.

Mousavi also hoped that the election of Mr Zelensky would lead to expansion of bilateral relations between the Iranian and Ukrainian nations.

Zelensky, a comedian with no political experience, has become Ukraine’s president after a landslide victory in Sunday’s election.

With 95 per cent of votes counted on Monday morning, the 41-year-old had taken 73 per cent of the vote, with just under 25 per cent for incumbent Petro Poroshenko.

Mr Zelensky’s win caps an extraordinary rise to power for an actor who only announced his plans to run for office in a New Year’s eve comedy show.

At an event broadcast live on Facebook, Mr Zelensky hugged and thanked supporters, telling them: “I promise I will never betray you.”

In comments seemingly directed at neighbouring Russia, he added: “To all the countries of the former Soviet Union, look at us . . . everything is possible.”