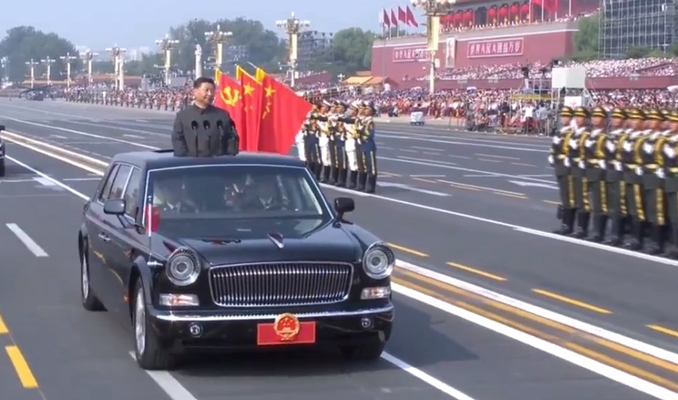 Senior Iranian officials, including President Hassan Rouhani, have sent messages of congratulations to the People’s Republic of China (PRC) on the 70th anniversary of its founding.

He said the relations between Iran and China have become “strategic” in light of a long-term outlook on the historic ties between the two nations, their cultural commonalities, and the developments in the international relations.

Rouhani also expressed confidence that concerted efforts by Tehran and Beijing would serve their mutual interests and contribute to international peace and stability.

Meanwhile, Iranian Foreign Minister Mohammad Javad Zarif has also congratulated the PRC on the foundation anniversary, in a message in Chinese language on his Twitter account.

“Today is the 70th anniversary of the People’s Republic of China. After 70 years, China has become a symbol of peaceful development and people’s well-being. China’s adherence to multilateralism has played an important role in international security and peace. The stable consultation between Iran and China is a good sign for the historic relationship between the two ancient Asian civilizations. On behalf of the Iranian people, I wish to congratulate the People’s Republic of China and its people on the 70th anniversary of the founding,” Zarif said.

In another message on Tuesday, Iranian First Vice-President Eshaq Jahangiri congratulated Premier of the State Council of the People’s Republic of China Li Keqiang on the PRC’s foundation anniversary.

“The relations between the two countries have developed and strengthened in all dimensions, particularly in the economic sector, and we are witnessing progress in the bilateral ties in various arenas,” Jahangiri added.

Another congratulatory message to China has been sent by the Foreign Ministry’s Spokesperson Seyyed Abbas Mousavi, who has also written a text in Chinese.

“I congratulate the People’s Republic of China on its 70th anniversary and wish China prosperity and hope that the strategic and comprehensive relations between the two countries will be further developed and deepened,” the spokesman tweeted.

The PRC was founded on September 21, 1949, with a ceremony celebrating the forming of the Central People’s Government taking place in Tiananmen Square on October 1 that year.