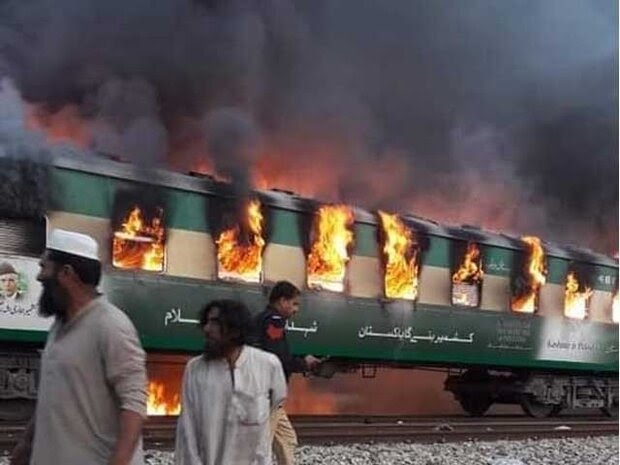 Foreign Ministry Spokesman Abbas Mousavi condoled with the Pakistani government and people as well as the bereaved families of those who lost their lives in the blaze and wished those injured a rapid recovery.

A blaze engulfed a train in Pakistan’s Punjab province, killing dozens and wounding nearly a hundred people. The fire broke out after a gas canister that passengers were using to cook breakfast exploded. The fire destroyed three of the train’s cars. Police said most deaths occurred from people jumping off the train. There have been other train accidents in Pakistan over the past months. Eleven people were killed in an accident in July, and four others in another incident in September.