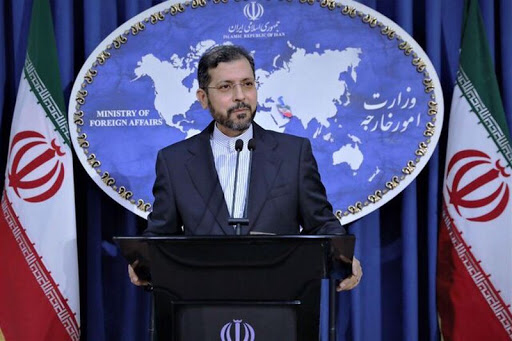 He made the remarks in his weekly briefing on Monday in Tehran.

Asked whether Iran would recognize the Taliban, the foreign ministry spokesman said Iran has its own relations with all sides in Afghanistan and holds talks with all of them.

“Iran has held more comprehensive talks with some parties while it engaged in more limited dialog with others. We have always tried to talk to these groups,” he added.

Asked whether the Islamic Republic would send any representative to a Taliban government inauguration ceremony, the foreign ministry spokesman said Iran will make a decision in this regard based on the actions of the Taliban.

On the situation in Afghanistan’s Panjshir Valley, Khatibzadeh said the two sides can only resolve the issue through dialog and warned against any path that would push Afghanistan into a “fratricidal war”.

He also stressed that the future of Afghanistan should be decided by its people and warned against foreign intervention.

“The Zionist regime is an illegitimate entity that has turned into a base for terror and state terrorism and has created a dangerous situation for the region and the world. This regime is sitting on hundreds of atomic warheads, has an active military nuclear program, has always refused to join the Nuclear Non-Proliferation Treaty, has rejected any international monitoring regime in this field and has rejected the safeguards agreement,” Khatibzadeh stated.

“Unfortunately, the West has employed a very shameful double standard. They (the West) not only exert no pressure on the regime to disarm, they have provided this illegitimate regime, as their darling, with all their resources to violate international law and permanently threaten the region and the world,” Khatibzadeh said.

He said the Israeli regime is in no position to make statements about signatories to the Nuclear Non-Proliferation Treaty.

The foreign ministry spokesman also said Iran and other regional countries want the Middles East to be free from nuclear weapons, slamming the United States for blocking efforts to create such a zone.