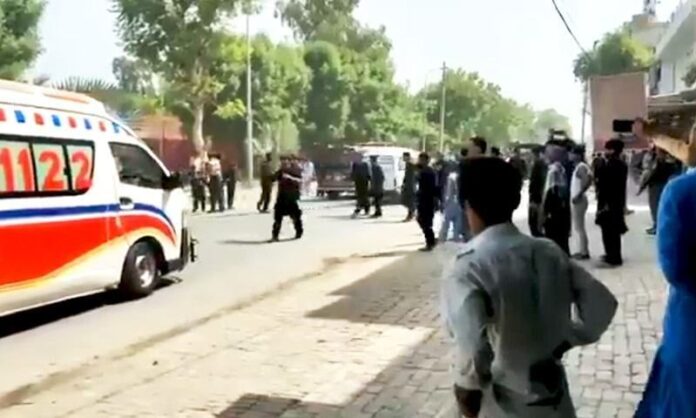 In a statement on Thursday, Khatibzadeh offered his deep sympathy to the families of the victims of the act of terrorism.

He further underlined the necessity of countering all kinds of such inhumane acts of terrorism, and called for cooperation among all regional countries for consistent fight against the perpetrators, organisers, supporters, and sponsors of such acts.
At least three people were killed and 50 others wounded when a bomb explosion ripped through a Shiite Muslim procession in central Pakistan on Thursday, officials said.

Security was high as the religious minority marked Ashura during the holy month of Muharram, a flashpoint for sectarian violence in previous years.

“We have confirmation of three dead and 50 injured from the blast at the procession site,” said a senior government official in the city of Bahawalnagar, in Punjab province.

Social media videos showed bleeding victims lying on a road being assisted by members of the public.
A local police officer, Kashif Hussain, also confirmed the death count to AFP.

“The nature of the explosion is not yet clear as a team is still collecting evidence from the scene,” he said.

Authorities have suspended mobile phone services in major cities as a security measure during Ashura processions. Residents in many urban centres were experiencing signal jams on Thursday. The streets leading to procession routes were also blocked.