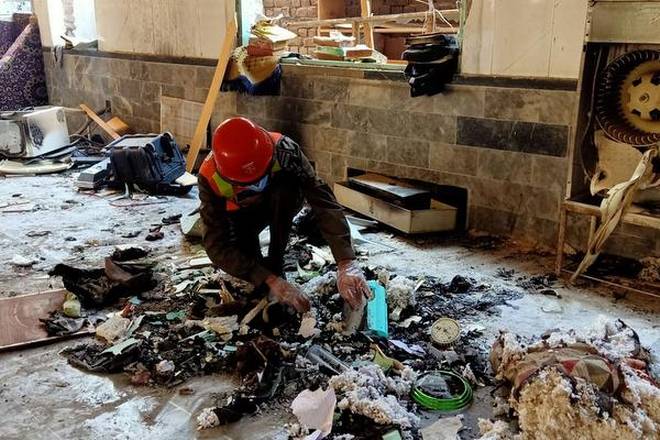 Iranian Foreign Ministry Spokesman Saeed Khatibzadeh has condemned a deadly terrorist attack on a school in the Pakistani city of Peshawar, which killed and injured a number of citizens, including children.

In a statement on Tuesday, Khatibzadeh said the killing of innocent civilians, including defenceless children, indicates that the perpetrators of such terrorist activities do not respect any moral and humanitarian principles.

The spokesperson also described the targeted acts of terrorism in a number of neighbouring countries in recent weeks as part of the vicious plots to escalate the sectarian and religious conflicts in the region.

He also called for vigilance, collective efforts and concerted action by all regional governments to deal with the problem.

An explosion at a religious school in the northwestern Pakistani city of Peshawar has killed at least seven people and wounded 109 others on Tuesday.

The blast occurred at the Speen Jamaat mosque, which also serves as a religious school for the local community in the city’s Dir Colony area.

A local police chief said students were reading the Quran at the mosque when the explosion occurred, saying the initial investigation shows that five to six kilograms of explosive material was used in the blast.

Since 2017, the frequency of bombings like Tuesday’s attack has lessened in Pakistan, but sporadic attacks aimed at civilians and security forces continue.

On Sunday, at least three people were killed after explosives planted in a motorcycle in the southwestern city of Quetta exploded in a market.