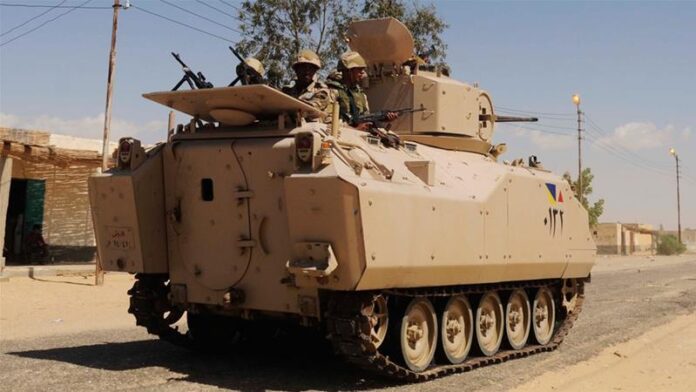 Iran’s foreign ministry has censured the terrorist attack carried out by ISIS in Egypt’s northern Sinai, which led to the death and injury of several people.

Foreign Ministry Spokesman Bahram Qassemi slammed the suicide bombing at an army checkpoint in Egypt’s Sinai and expressed sympathy with the families of the victims.

Qassemi also warned that the escape and dispersion of terrorists following the heavy defeats they suffered in Iraq and Syria is a serious threat for the region and world.

He also noted that any appeasement or instrumental use of terrorists will result in a new wave of blind terrorism in different parts of the world.

At least 23 Egyptian soldiers including a colonel were killed in a suicide bomb attack on an army checkpoint in northern Sinai, security sources said.

Another 40 fighters were killed in a subsequent gun battle with soldiers at the checkpoint, an army spokesperson said on Friday.

The attack started when a suicide car bomber rammed his vehicle into the checkpoint at a military compound in the southern Rafah village of el-Barth, followed by heavy gunfire from dozens of masked fighters on foot, officials said.