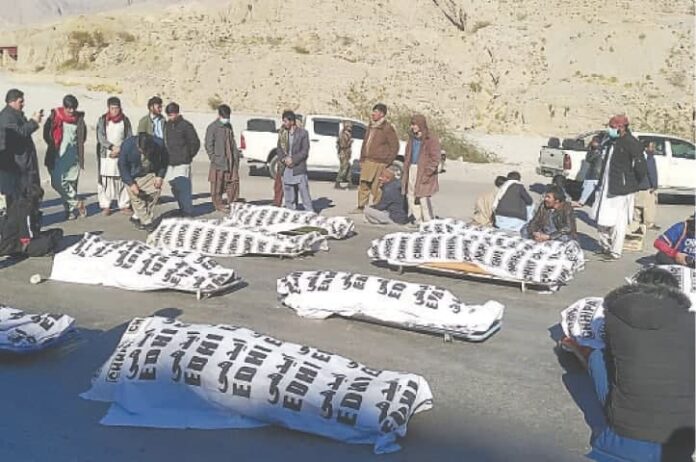 In a statement on Saturday, Khatibzadeh said the criminal move once again underlines the necessity for cooperation of all regional countries in the fight against Takfiri and terrorist groups.

“It is imperative that the countries of the Muslim world join hands and focus all their efforts on eradicating the financial and ideological underpinnings of these Takfiri and extremist groups, and stop the continued support of certain countries for these groups with the objective of eliminating violence against innocent human beings from different faiths and religions,” he noted.

At least 11 coal miners were killed in the Mach area of Balochistan last Sunday after armed militants kidnapped them and took them to a nearby area before opening fire at close range.

Police authorities said the miners were on the way to work when armed militants kidnapped them and took them to the nearby mountains. Moazzam Ali Jatoi, an official with the Levies Force, said six of the miners were dead on the spot, and five who were critically wounded died on the way to a hospital.

Jatoi said an initial investigation revealed the attackers identified the miners as being from the Shiite Hazara community and the gunmen took them away for execution, leaving others unharmed.

Reuters reported that the ISIS terrorist group later claimed responsibility for the attack, through its Amaq news agency via its Telegram channel.