Foreign Ministry spokeswoman Marzieh Afkham has called on the international community to help put an end to the heinous crimes Israel commits in the occupied territories. 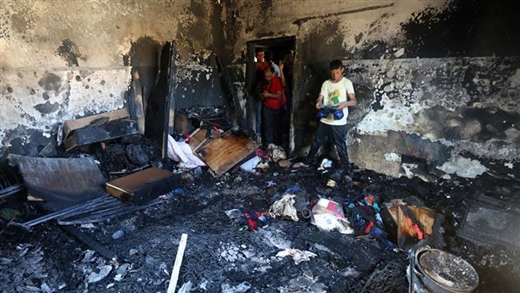 Iran has strongly condemned the arson attack by Israeli settlers in the occupied West Bank that claimed the life of a Palestinian toddler.

“This incident is another obvious sign of the occupying and terrorist nature of the Zionist regime (Israel) as well as the violence institutionalized within the society and policies of this aggressive regime,” Iran’s Foreign Ministry Spokeswoman Marzieh Afkham said on Friday.

She called upon the international community to help put an end to such heinous Israeli crimes.

Earlier on Friday, fire broke out at two Palestinian houses in the town of Duma, located about 25 kilometers (15 miles) southeast of Nablus, when Israeli settlers threw firebombs and Molotov cocktails into them.

An 18-month-old Palestinian boy burned to death in one of the houses.

The parents of the baby, Ali Saad Dawabsheh, and his four-year-old brother were also injured in the attack.

According to local residents’ accounts, the parents woke up and tried to remove their children from the house, but were unable to save their youngest son. The other torched house was empty at the time.

Various Palestinian factions condemned the attack, holding the Israeli regime responsible for it.

Israeli settlers have in recent years carried out various attacks on Palestinian property in the West Bank and al-Quds (Jerusalem). 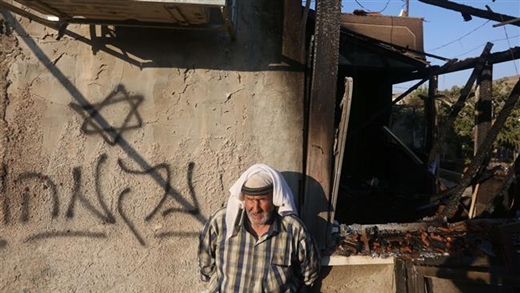