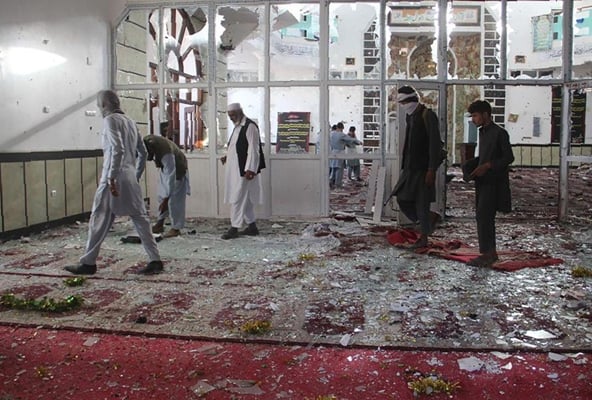 In a Friday statement, Qassemi expressed sympathy with the Afghan government and nation and the survivors of the terrorist act, which left dozens dead and injured.

“Imported terrorism imposed on the Afghan nation is aimed at creating divisions by increasing insecurity among the people of Afghanistan,” he noted.

“Of course, this heinous conspiracy will be neutralised by the vigilance and authority of the Afghan government and people, and the perpetrators of this crime will be held accountable,” Qassemi added.

A suicide attack on a Shiite mosque in the eastern Afghan city of Gardez on Friday claimed multiple lives.

At least 30 worshippers were killed and more than 20 injured in the attack, Paktia officials said.

The incident took place when two suicide bombers opened fire at worshippers before blowing themselves up.