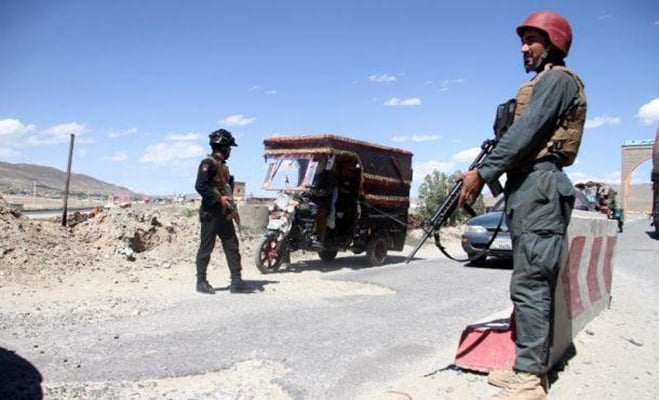 In a statement on Saturday, Qassemi slammed the attack and said terrorists and ill-wishers of the Afghan nation are targeting the country’s stability and security.

He also sympathized with the Afghan government and nation as well as the victims of the criminal act.

“The ill-wishers of the Afghan nation, who believe that stability and tranquility as well as recent attempts, namely the ceasefire between the government and the Taliban, run counter to their interests, could not tolerate the attempts made to establish a truce and unity in the country,” he noted.

“By committing another crime, they showed that their survival is contingent upon committing crimes and sowing discord,” said the spokesman.

“But soon the Afghan government and nation will win over these terrorist elements who are subversive of unity, stability and security, and will reap the benefits of their patience and resistance by overcoming terrorism,” he said.

An explosion killed at least 26 people at a gathering of the Taliban and Afghan security officials in the eastern province of Nangarhar on Saturday as the two sides were marking their unprecedented three-day ceasefire on the occasion of Eid al-Fitr Muslim holidays.

Civilians and Taliban forces were reportedly among the casualties of the explosion which struck the restive district of Bati Kot.

The ISIS terrorist group has claimed responsibility for the bombing targeting Taliban and Afghan forces but gave no details.

The blast occurred as dozens of unarmed Taliban forces reportedly entered different Afghan cities on Saturday on the second day of Eid al-Fitr, which marks the end of the holy fasting month of Ramadan.

In a scene which would have been unimaginable just a few days ago, armed Taliban forces who travelled by cars and motorbikes to Bati Kot waving Afghan and Taliban flags were greeted by Afghan forces at security checkpoints.

On the sidelines of their prayers ceremony in Bati Kot, the two sides hugged and took selfies with each other.

Villagers also gathered around Taliban forces, hugging them and posing for photos with the heavily-armed fighters during the Eid al-Fitr celebrations.

“I am here to offer greetings to our brothers in the police and army,” AFP quoted Taliban commander Baba as saying.

“We have held the ceasefire well so far. Everyone is tired of war and if our leaders order us to continue the ceasefire, we will hold it forever,” he added.

Meanwhile, Afghan President Ashraf Ghani announced Saturday an extension of the government’s week-long ceasefire with the Taliban, as both sides observed a halt in hostilities for Eid.