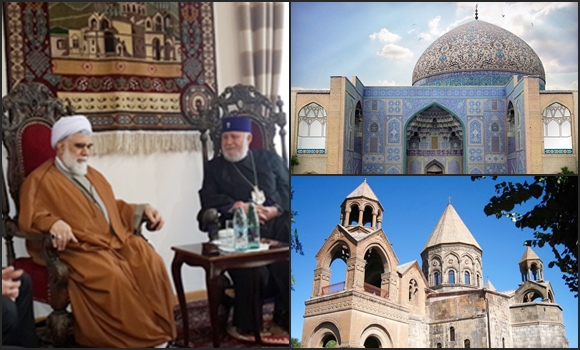 An Iranian cleric has said that Islam stands up to injustice and that those who commit crimes in the name of Islam have nothing to do with religion.

The secretary general of the World Forum of Proximity of Religions has said that those who fuel sedition in the region are irreligious, adding that a priest who sets fire to the holy Koran and a Muslim who kills innocent people are both irreligious and enemies of God and humans.

Mohammad Hassan Akhtari made the comment in a meeting with spiritual leader of Russian Armenians Catholicos Gargin the Second in Armenia and added that clerics have a duty to condemn violence, and promote love, friendship and the genuine religion.

Tasnim News Agency in late November released a report on the meeting and the Iranian cleric’s remarks on dialogue among faiths and the spread of spiritual leanings worldwide. The following is the translation of part of that report:

Akhtari said that the modern world feels the void created by the lack of spirituality more than ever, adding that spiritual tendencies are on the rise in different societies, especially among young followers of all divine faiths.

He went on to say that the prophets were not at odds with each other when it came to inviting people to the truth, adding that the leaders of different religions too are expected to follow suit [and patch up their differences].

The Iranian cleric then touched upon ISIS and regional insecurity and said those who fan the flames of tension [in the region] have kept their distance from faith. “A priest who burns the holy Koran or a Muslim who kills innocent people is alien to the true spirit of religion. They are the enemies of God, religion and people”.

He recalled crimes committed by Al Saud Family in Yemen, Bahrain and Saudi Arabia and said that the world should know that Islam stands up to injustice and oppression, adding that those who commit crimes in the name of Islam have nothing to do with religion and that those who claim to support human rights have remained silent in the face of such crimes.

Catholicos Gargin the Second, for his part, hailed ties between Iran and Armenia as historic and said that the interaction between the establishment in the Islamic Republic of Iran and the minorities can set an example for other nations to follow.

He further said that efforts by Armenia and Iran to hold interfaith talks are key to the two sides’ religious interaction. 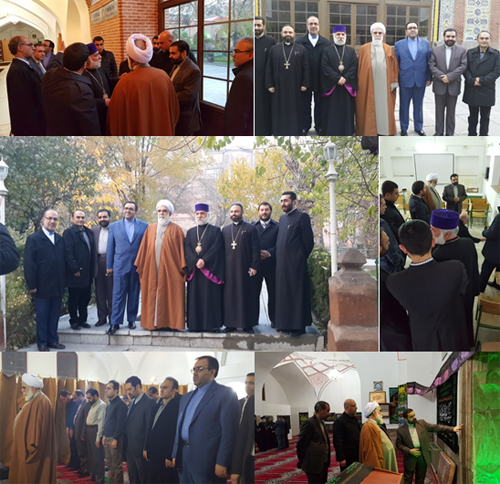