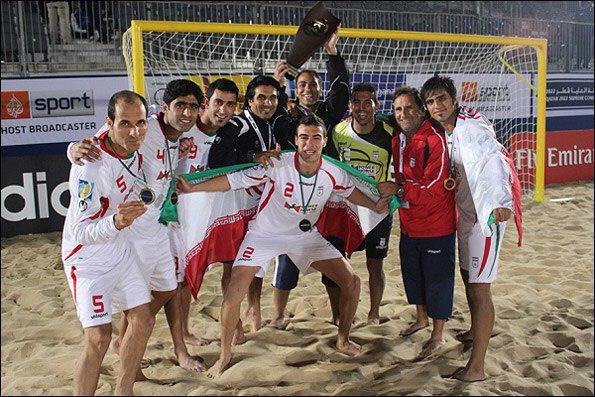 Iran managed to defeat the UAE in the final match and win the first place at the AFC Soccer Beach Championship 2017 in Malaysia.

The Iranians had punched their ticket to the continental final, and a spot at Bahamas 2017, after a closely fought 8-6 semi-final win over Japan in Kuala Terengganu, Malaysia on Friday, while the Emiratis reached the last two and clinched a place at the world showpiece event following a roller-coaster win of their own over Lebanon.

Earlier in the day, Japan defeated Lebanon 6-3 to claim third place at the AFC Beach Soccer Championship and book the last Asian ticket to the 2017 FIFA Beach Soccer World Cup in the Bahamas.

Iran, the UAE, and Japan will fly the Asian flag at the FIFA Beach Soccer World Cup to be held in Bahamas capital city Nassau from April 27 to May 7.