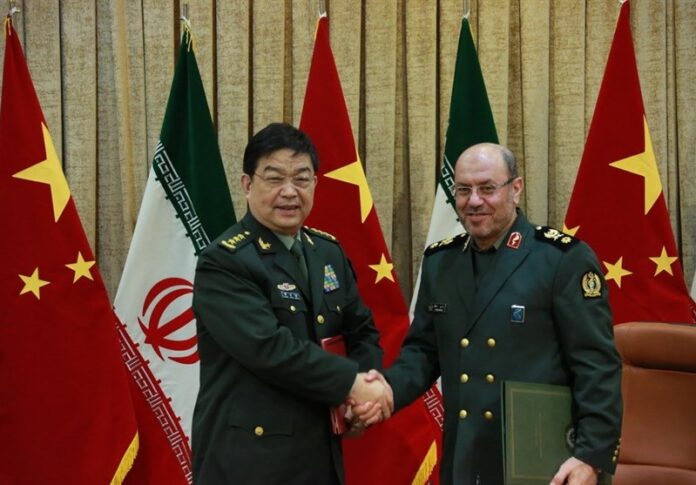 The defence ministers of Iran and China signed an agreement in Tehran on Monday to enhance military and defence cooperation between the two countries.

The agreement entails closer defence-military cooperation between Tehran and Beijing, sharing military experience, particularly in the field of training, as well as combatting terrorism and causes of regional insecurity.

In their talks, Brigadier General Dehqan described an “upgrade in long-term military and defence cooperation with China” as a top priority in Iran’s defence diplomacy agenda. Military collaborations between Iran and China will guarantee regional and international peace and security, Dehqan added, describing efforts to ensure stability in Asia and Oceania as a collective responsibility.

Warning against the spread of terrorism in Europe, Central Asia and the Caucasus, the Iranian minister said the threat posed by the Daesh (ISIL) terrorist group has become a major global challenge.

He also voiced Iran’s readiness for concerted action against terrorism given the country’s experience over the past years, stressing that China can play a “very significant role” in that process.

For his part, General Wanquan stressed the need for efforts to boost defence cooperation with Iran through full implementation of the previous military agreements between Tehran and Beijing.

He also expressed the hope that his visit to Iran and the new agreement would usher in closer military and defence relations.