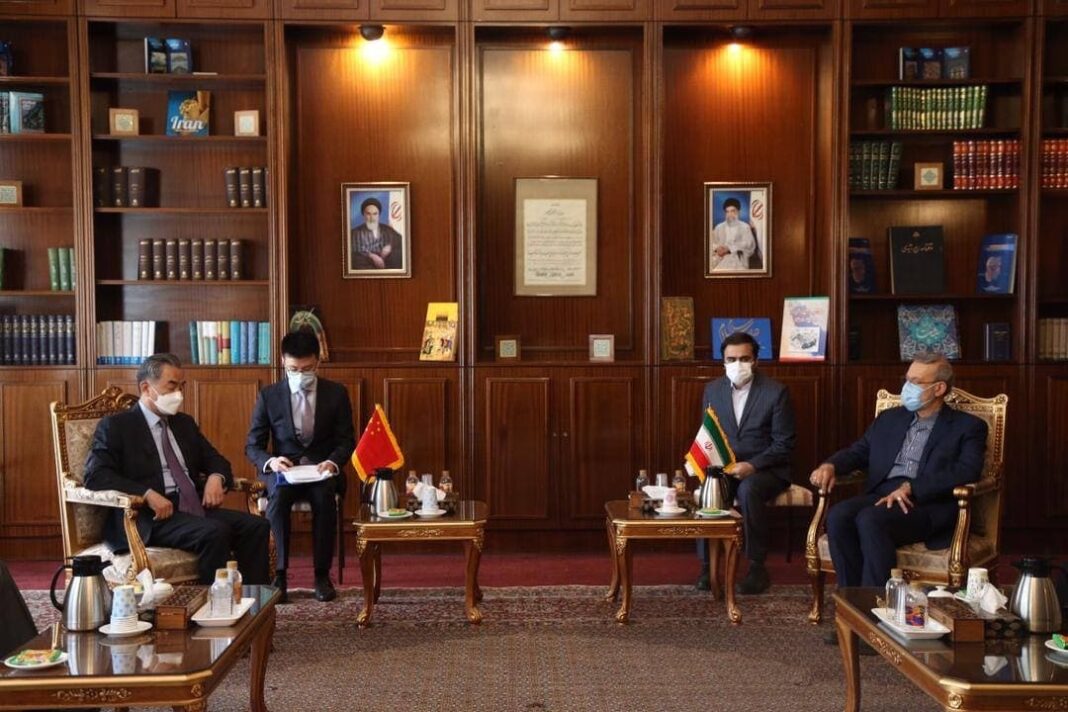 Chinese Foreign Minister Wang Yi and Ali Larijai, an advisor to Iran's Leader and the country’s special envoy for strategic relations with China, have finalized a comprehensive cooperation program between the two countries.

In a Saturday meeting in Tehran, the two sides expressed pleasure with the finalization of comprehensive cooperation plan between Tehran and Beijing.

They also discussed ways of moving forward with political, economic and strategic relations between the two countries at higher levels.

In the meeting, Larijani touched upon Iran’s foreign policy, and said, “The Islamic Republic of Iran decides independently on its relations with other countries, and it is not like certain countries which change their positions just with a phone call.”

The top Chinese diplomat, in turn, said Beijing-Tehran ties will not be affected by the existing circumstance, and will be “permanent and strategic.”