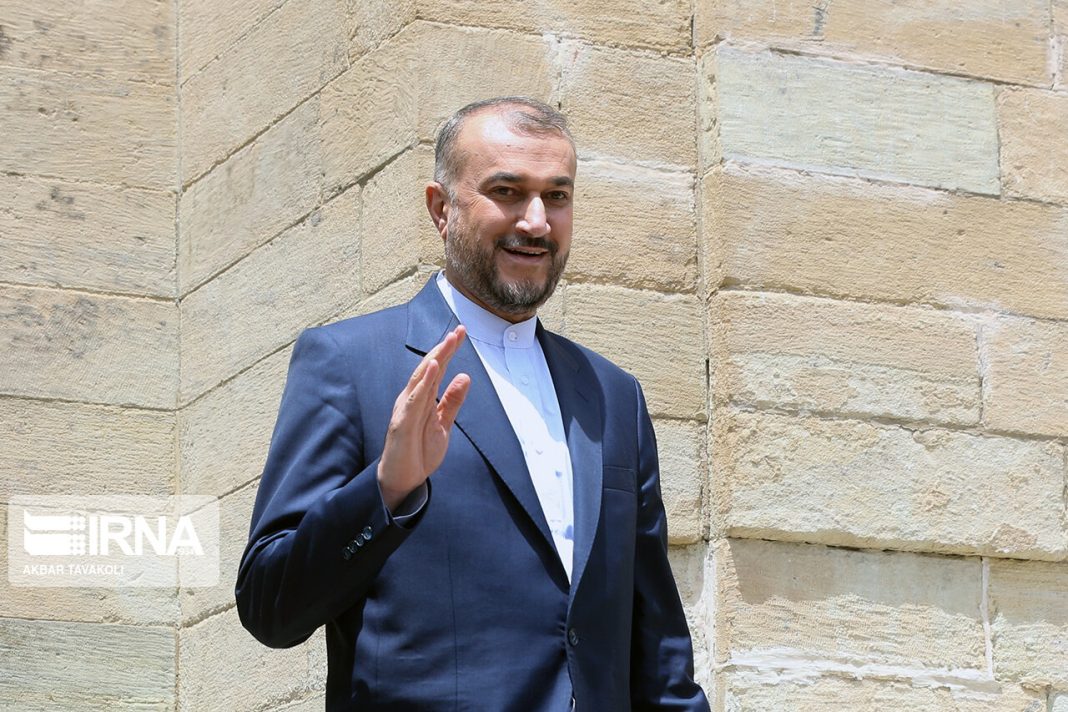 Iranian Foreign Minister Hossein Amirabdollahian keeps up diplomatic contacts on the sidelines of the 77th session of the UN General Assembly, meeting a number of his counterparts from Africa, Asia and Europe as well as UN officials.

In one of the meetings on Tuesday, the chief diplomat sat down with UN humanitarian chief Martin Griffiths for talks on the humanitarian situation in conflict-ridden countries, including Yemen, Syria, Afghanistan, and Ukraine.

Amirabdollahian expressed gratitude for Griffiths’ support for Iran in its international humanitarian efforts aimed at ameliorating the plight of humans.

Elsewhere, Iran’s chief diplomat held meetings with his opposite number from Brunei, Dato Erywan Yusof for talks on bilateral issues and regional developments, including Israeli crimes in Palestine.

The two ministers also expressed their countries’ wish for an expansion of bilateral economic cooperation.

In separate sessions, Amirabdollahian held talks with his European counterparts, from Slovenia and Belarus, Tanja Fajon and Vladimir Makei, respectively, over the status of bilateral relations and issues of international importance.

In addition, the Iranian foreign minister met with his counterparts from Mali, Indonesia, and Mauritania.