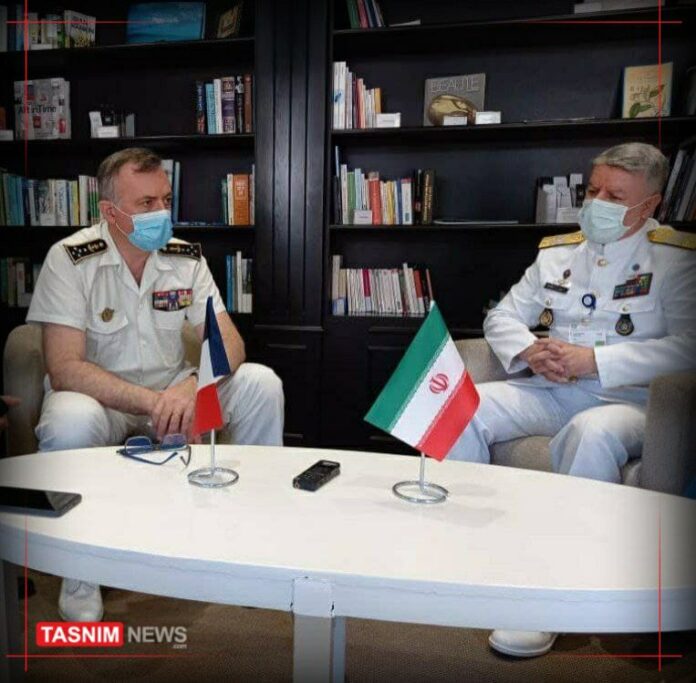 Commander of the Naval Force of the Iranian Army Rear Admiral Rear Admiral Hossein Khanzadi has called for foreign vessels to leave the Persian Gulf region.

In a meeting with Pierre Vandier, the Chief of Staff of the French Navy, Khanzadi hit out at Western troops for their presence in regional waters.

“We do not understand why foreign forces should be present in the Persian Gulf,” said the senior Iranian commander.

“The presence of American and European vessels off our coastal waters should be suspended,” said Khanzadi, who has traveled to Réunion (a French department in the Indian Ocean) west of Madagascar Island to attend the Seventh Indian Ocean Naval Symposium (IONS) hosted by France.
Rear Admiral Khanzadi also touched upon Iran’s geostrategic situation in the region.

“The Islamic Republic of Iran is located in a special location in the north Indian Ocean region, and many geopolitics experts describe Iran as the heart of the earth,” said Khanzadi in his meeting with the top French commander held on the sidelines of the IONS.

He said Iran closely monitors the movements of “coalition” forces in the regional waters.

“Today, a group of American and European, namely French, vessels are present in the Persian Gulf region, but we closely watch and monitor all of their movements and their vessels, even from remote distances,” said the Iranian commander.

He reiterated that security in any naval region should be ensured by its regional countries.
The French navy commander, in turn, said he would convey Iran’s message to Paris.

He also touched upon Iran’ performance during its periodical chairmanship of the IONS, saying the Naval Force of the Iranian Army was able to manage the symposium in the best way possible over the past three years despite the coronavirus pandemic.

He also said that the US under Trump invited all its allies to come to the region and increase the pressure on Iran, but that France distanced itself from Washington’s position.