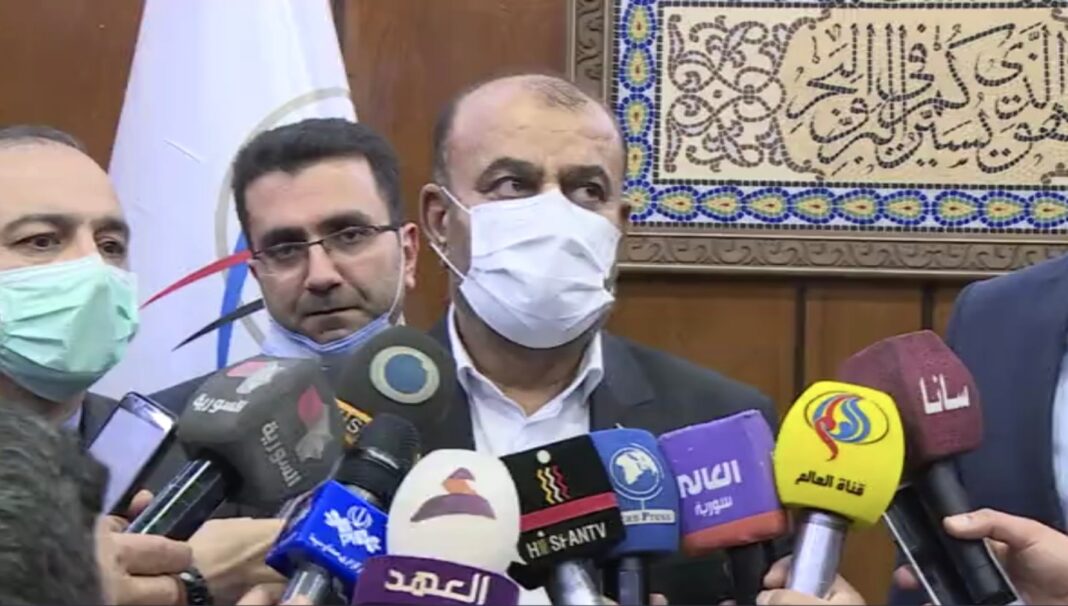 Iran’s minister of roads and urban development, who is visiting Syria, has called for implementation of existing agreements between the two countries. Rostam Qassemi says implementing the agreements helps both sides expand their economic ties, which are currently “trivial”. He made the comments during a press conference after meeting Syrian Economy Minister Mohammad Samer al-Khalil.

“We discussed different topics and agreed to implement and make operational the existing agreements and MOUs between Iran and Syria,” Qassemi said.

“We had very good discussions on such topics as trade and economic infrastructure including transport and creation of common free trade zones between the two countries. We hope these are implemented soon. Various economic topics were discussed, which if we can make them operational, naturally, the current situation of the economic relations between the two countries that is very trivial, can be improved.”

“We hope the next step would be connecting the railway network of Iraq to Syria so that the rail link extends from Iran to Syria and the Mediterranean Sea,” Qassemi said.

“Transportation is the most important grounds for economic relations. That includes land, marine and air transport. During this meeting I had with the Syrian minister, we agreed to strengthen marine transportation; to have a number of fixed transit lines between Iran and Syria and expand flights between the two countries, especially to enable Iranian pilgrims to visit Syria.”

Qassemi further stressed that the two sides agreed to form a joint committee to advance previous MOUs and agreements between the two countries.

Tehran and Damascus have been pursuing expansion of economic ties to the level of their political relations, under the current post-war circumstances in Syria.