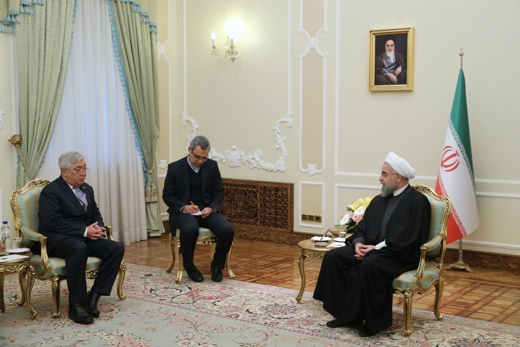 The battle against terrorism needs the determination of all countries, the president told the visiting Kazakh foreign minister.

“The battle against terrorism needs the determination of all countries,” the Iranian president said in a meeting with Kazakhstan’s Foreign Minister Erlan Idrissov in Tehran Wednesday.

The international community must work to wipe out terrorism with attention to the roots of the phenomenon, Rouhani stated.

He further warned against ignoring terrorism as the “main threat” and said cooperation between countries is necessary in overcoming the problems in the region.

Idrissov, for his part, lauded the Islamic Republic’s “key role” in providing security in the region and resolving international issues.

The Kazak top diplomat said his country was willing to expand trade ties with Iran.