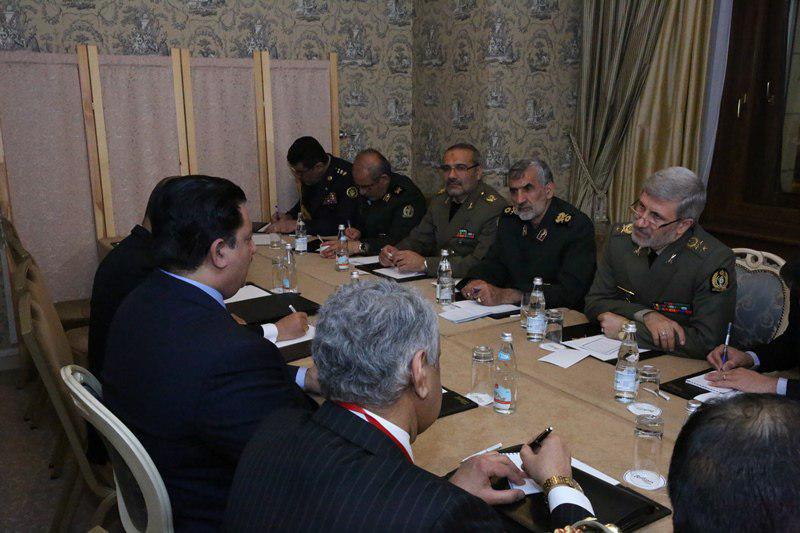 Iran’s defence minister has underlined the need for expansion of defence and military cooperation between Tehran and Islamabad.

Speaking in a Thursday meeting with his Pakistani opposite number Khurram Dastgir in Moscow, Brigadier General Amir Hatami said Pakistan is a friendly country and a neighbor of Iran and has a special status in Tehran’s foreign policy.

He also stressed the need for further expansion of mutual military and defense cooperation.

“The key potentialities of Iran and Pakistan have a determining role and help boost reciprocal ties,” he added, a Farsi report by Fars News said.

The Iranian defence chief further lashed out at the US interventionist policies in the region.

“We believe that regional countries should not allow the Americans to execute their wicked schemes, which are against the interests of the countries in the region, in order to trigger insecurity, instability and chaos,” said the top Iranian military commander.

The senior Pakistani military official, for his part, said he was pleased to be meeting with his Iranian counterpart.

He said Islamabad and Tehran have had good border and territorial cooperation over the recent years, expressing hope the partnership will further ensure stability and security along the borders of the two countries.

Given the insecurity in West Asia, said Dastgir, the two countries need to have more meetings and talks in order to move toward solving regional problems.

The Pakistani defence chief noted that it would be impossible to achieve progress and tranquility in the region without the establishment of peace and security.