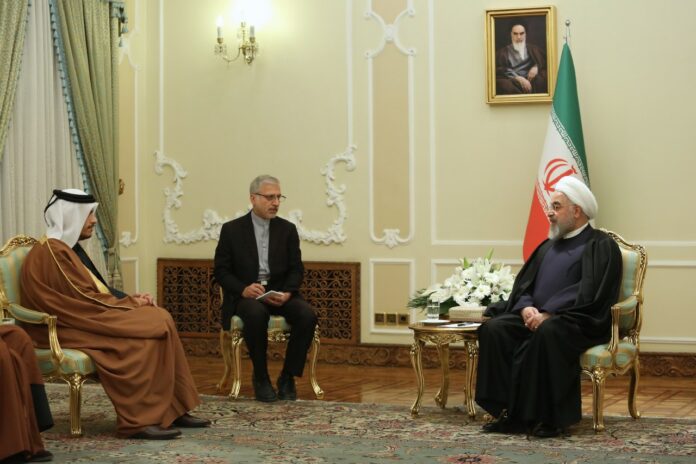 President of Iran Hassan Rouhani has called on the regional and neighbouring states to explicitly condemn the US criminal attack that took the life of top Iranian commander Major General Qassem Soleimani in Iraq.

“In the current circumstances, we expect the friendly and neighbouring countries to condemn the US for (committing) such crime outspokenly, because the US has killed a great commander of the Iranian Armed Forces in another country in the most criminal manner,” President Rouhani said.

He made the remarks in a meeting with Foreign Minister of Qatar Mohammed bin Abdulrahman bin Jassim Al Thani, held in Tehran on Saturday.

“I hope that we’d all condemn the state terrorism with a united voice, and that the regional countries would further strengthen unity, solidarity and understanding,” the president added.

Denouncing the US assassination of General Soleimani in Baghdad as a fresh act of support for terrorism, President Rouhani said the Iranian general’s martyrdom would strengthen the Iranian nation’s resolve.

“The US will be responsible for all consequences of this terrorist action in the region, and it will have to pay a heavy price in this regard,” Rouhani underlined.

Iran has never started any tension resulting in regional insecurity, the president noted, adding, “What have caused tensions and convulsions in the region in recent years are the US’ ill-advised measures.”

Taking a swipe at the US for making a big mistake by assassinating General Soleimani, President Rouhani said such US measure has also violated Iraq’s national sovereignty and has been an insult to the people of Iraq.

He further stressed the need to enhance the bilateral relations between Iran and Qatar, adding, “The Islamic Republic of Iran always regards close ties and consultations with Qatar as useful for the promotion of the bilateral and regional relations.”

The Qatari minister, for his part, hailed Iran as a brotherly neighbor, saying Doha is determined to broaden ties and promote cooperation with Tehran.

Expressing gratitude to Iran for supporting Qatar when his country was slapped with sanctions, Al Thani said Qatar feels sympathy for the Iranian government and nation following the painful loss of General Soleimani.

“Throughout history, Qatar has not received any harm or damage from Iran, while we have had problems and annoyance with those with which we have many things in common,” the Qatari official added.

Highlighting Qatar’s support for the Hormuz Peace Endeavor (HOPE), Al Thani said, “We hope that the regional countries would take a strategic step in light of the Hormuz Peace Endeavour (HOPE) initiative in the current circumstances, which could be the axis of peace and security in the region, and that they’d adopt insight and strategic thinking instead of tactical stances.”