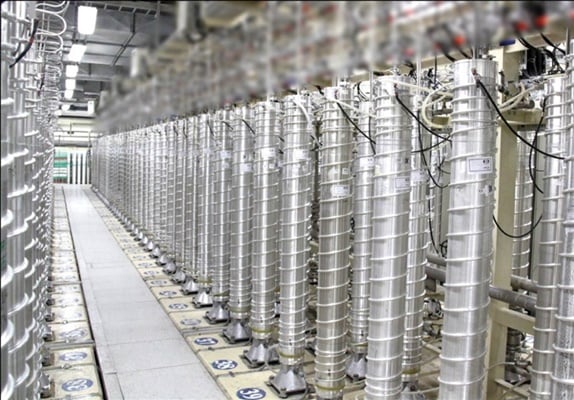 Iran has re-launched a uranium hexafluoride (UF6) production plant as one of the key components of the country’s nuclear industry.

The plant is one of the important installations of the Uranium Conversion Facility (UFC) in central Isfahan province.

Moreover, the first barrel of yellow cake was unloaded at the plant’s feeding section for the first time in nine years.

The UF6 production plant at Isfahan’s UFC had remained out of service since 2009 due to a shortage of yellow cake in the country. After an agreement was signed between Tehran and six world powers on Iran’s nuclear program in 2015, a large amount of yellow cake was imported into the country and yellow cake production capacity increased in Iran, making it possible to put the plant into operation once again.

As officials at Isfahan’s UFC had already adopted the necessary measures and made the necessary predictions and kept different parts of the plant ready for operation, now they were able to make the necessary repair work and changes to put the plant into service again.