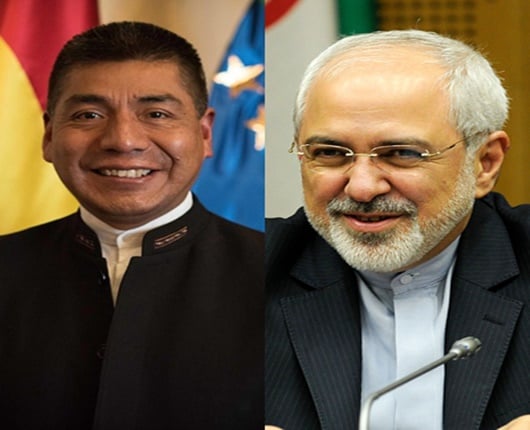 Iranian Foreign Minister Mohammad Javad Zarif and his Bolivian counterpart Fernando Huanacuni have, in a phone conversation on Thursday, talked about a range of issues.

During the talks, the two sides exchanged views on a number of bilateral and international issues.

They also discussed the latest UN Security Council resolution on Yemen and Bolivia’s “principled” stance toward the UK-drafted resolution.

The UK-drafted resolution, strongly supported by the US, garnered 11 favourable votes in the 15-member Security Council but was blocked by Russia’s veto. China and Kazakhstan abstained, while Bolivia voted against the anti-Iran resolution.