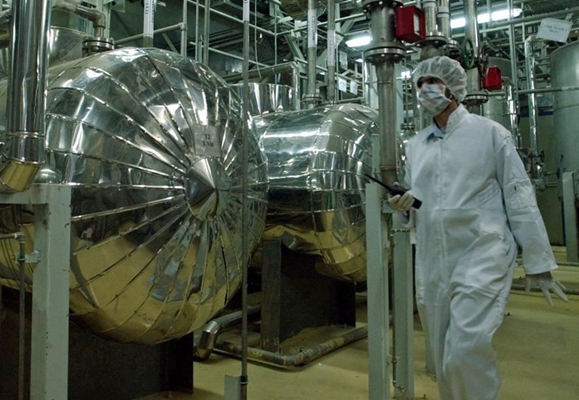 Tehran has begun rolling back some of its commitments under the Iran nuclear deal known as the Joint Comprehensive Plan of Action (JCPOA).

The move which comes on the order of Iran’s Supreme National Security Council (SNSC) is in response to Washington’s illegitimate withdrawal from the agreement.

According to an informed source at the Atomic Energy Organization of Iran (AEOI), the country has begun to stop implementing some of its obligations under the JCPOA as underlined in an SNSC statement.

“Stopping programs related to compliance with the ceiling for production of enriched uranium as well as the unlimited production of heavy water at the Arak facility are programs seriously pursued as stressed during the first 60-day period related to Iran’s first step [in response to the US withdrawal from the nuclear deal],” said the source who was speaking on condition of anonymity.

In order to inform the public of the measures adopted, he said, arrangements have been made for journalists and reporters to visit running installations at the nuclear facilities in Natanz and Arak.

Back on May 8, the Supreme National Security Council of Iran declared the country’s decision to stop implementing some of its commitments under the 2015 nuclear deal in reaction to the US’ withdrawal from JCPOA and Europe’s failure to make up for that.

As of May 8, 2019, Iran does not commit itself to observing restrictions of stockpiling enriched uranium and heavy water given the US’ violations of the nuclear deal, the SNSC said in a statement.