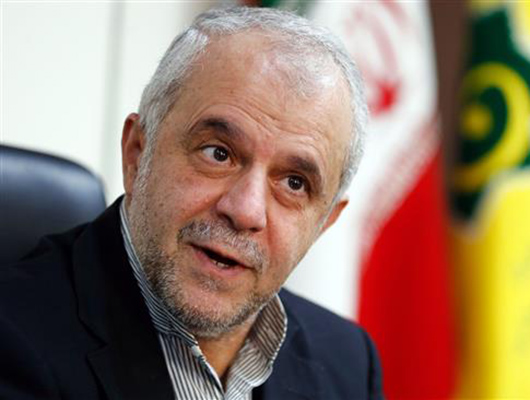 Head of Iran’s Hajj and Pilgrimage Organization Saeed Ohadi announced no Iranian pilgrim is allowed to go to Samarra after the Sunday suicide bombing, which killed dozens of people, including 9 Iranians.

After heavy losses in Mosul, the ISIS elements committed a heinous crime in Samarra on Sunday morning, launching two suicide bombings, the first of which occurred in a parking lot in Samarra and the second at the sites pilgrims were traveling to the shrine.

132 pilgrims, including 97 Iranians, were also wounded in the blasts, Ohadi said, as reported by IRNA.

“Immediately after the attacks, the Iranian Red Crescent Society (IRCS) and Hajj pilgrimage and embassy staff rushed to the scene and in coordination with the Iraqi officials, four helicopters transferred the pilgrims to the hospitals in Baghdad and Kadhimiya,” Ohadi noted.

Pointing to the security situation in Samarra on the verge of the 40th day after the martyrdom of Imam Hussein and the restrictions on travel to the city, Ohadi said 9 caravans dispatched to Samarra on behalf of Hajj and Pilgrimage Organization were at the shrine at the time of the blasts.

Considering the arrangements made with the security forces, they were kept at the shrine and were transferred to Baghdad in the afternoon, on Sunday.

Finally, he announced, in coordination with the staff and representative of the Islamic Republic in Baghdad, pilgrims are strictly banned from traveling to Samarra.

Accordingly, Head of Iran’s Emergency Medical Service announced on Monday that 88 injured Iranians are already transferred to 10 hospitals in Iran.

Meanwhile, the ISIS terrorist group, which claimed the responsibility for the attacks, has published the photos of the two suicide attackers. Here are the photos, released by Mizan: