Iran: Assassination of General Soleimani message of US support for terrorists 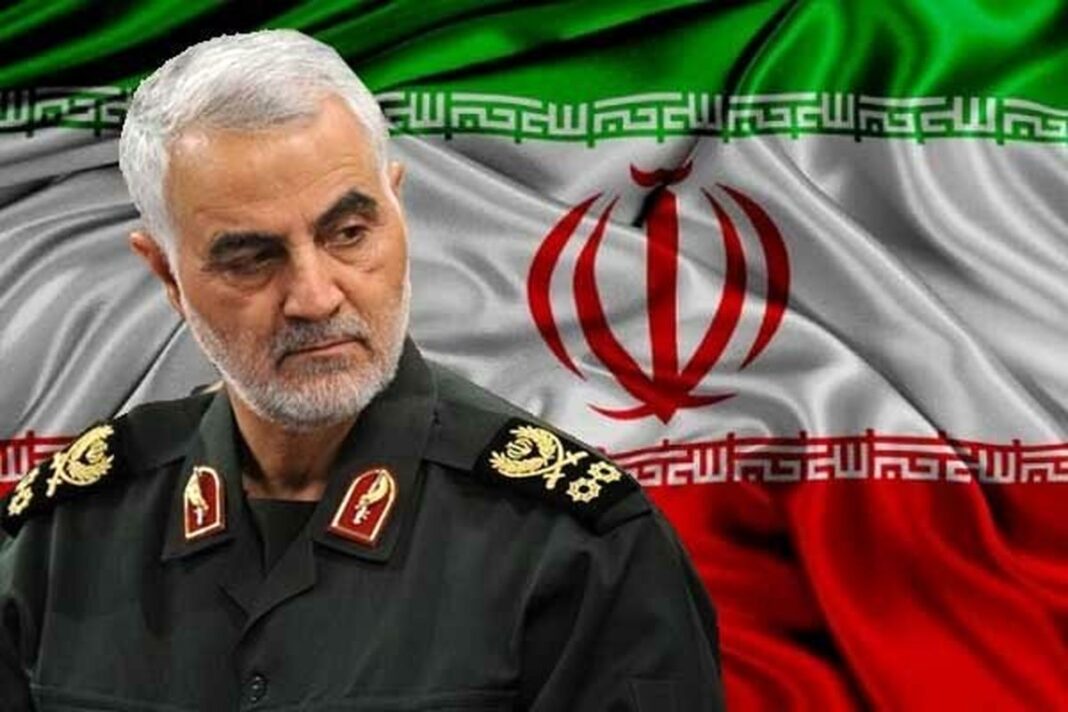 The Iranian Foreign Ministry has said in a statement that the US move to assassinate anti-terror icon, General Qassem Soleimani, sent a message of support for terrorist groups and exposed the lies of counter-terrorism claimants.

The statement was issued on the eve of the second anniversary of the assassination of General Soleimani and Iraqi commander Abu Mahdi al-Mohandes.

The ministry added the martyrdom of General Soleimani, Abu Mahdi al-Mohandes and their great companions, further highlighted the strategy and discourse of the Resistance.

On the eve of the second anniversary of the martyrdom of the valiant General of Islam, Lieutenant General Qasem Soleimani, the Ministry of Foreign Affairs of the Islamic Republic of Iran commemorates this immortal martyr who spent his blessed life in sincere service to Iran, Islam and peace and security.

Martyr General Soleimani invariably played a role in line with the principled policies of the Islamic Republic of Iran to help establish peace and stability at the regional and international levels, and adopted various measures and devoted a great deal of efforts to combat international terrorism and growing terrorist outfits across the region.

For this reason, he has rightly and proudly been titled the Hero of the Fight against Terrorism and the General of Peace. Despite this role and position, the US government, through applying double standards and false claims like that of countering terrorism, in a criminal act that violates the rules and principles of international law, planned and carried out a terrorist attack against Martyr General Soleimani as one of the highest-ranking officials of the Islamic Republic of Iran on the territory of Iraq as the host country.

The move by then US officials to publicly assassinate the International Counter Terrorism Hero is in itself a message of support for terrorist groups that explicitly expose the lies of counter-terrorism claimants.

The martyrdom of General Soleimani, Abu Mahdi al-Mohandes and their great companions, not only did not diminish the capacity of the Axis of Resistance, but on the one hand imbued the domestic environment of Iran with national cohesion and unity, and on the other hand further highlighted the strategy and discourse of the Resistance.

In response to this assassination, the prompt and effective action of the Armed Forces of the Islamic Republic of Iran in slapping the American troops stationed at the Ain al-Assad base in Iraq in the face, along with the spiritual effects of the blood of Iranian and Iraqi martyrs, upset the equations and brought about the failure of US regional strategy. The US fleeing from Afghanistan, the beginning of the process of withdrawal from Iraq and the change in the strategy of the US military presence in the geostrategic region of Persian Gulf showcase a small part of such impacts and consequences.

Undoubtedly, the criminal act of the United States in martyring general Soleimani is a clear manifestation of a “terrorist attack” that was orchestrated and carried out in an organized manner by the then US government for which the White House is now responsible.

According to international and legal standards, the US government bears “definitive international responsibility” for this crime. In this context, all the agents, instigators, contributors and perpetrators of this terrorist crime are responsible. Therefore, in cooperation with other agencies and the Judiciary of the Islamic Republic of Iran, the Ministry of Foreign Affairs has adopted a number of measures from the very beginning based on the legal principle of “combating the impunity of criminals” to hold such individuals and entities accountable before the courts and will continue on this path until the final result is achieved.

The Ministry of Foreign Affairs has taken numerous measures with the aim of following up the issue at all domestic, bilateral, regional and international levels, the reports of which have been presented to the great Nation of Iran at various points to the extent possible. This pursuit of this path will continue vigorously and comprehensively.

These measures have been taken in the political, legal, international and public diplomacy dimensions. In this regard, in the foreign and international arena, special efforts were made to prevent the distortion of truth by the United States and its manipulation of the situation. The moral, political, and legal condemnation expressed towards the US government on an international level for committing this crime has been one of outcomes of such efforts.

In following up this issue, it is necessary to point to the continuation of endeavors by the Joint Judicial Committee between the Islamic Republic of Iran and the Republic of Iraq.

The Islamic Republic of Iran has always taken effective and active measures to establish peace and stability in the region. Now, according to the approaches of the 13th government, which reaches out to the neighbors of the Islamic Republic of Iran for extensive and stable engagement and cooperation, the groundwork for the development and strengthening of relations among the countries of the region is laid more firmly than before.

The government and people of Iran consider themselves to be on the side of the governments and nations of the region and have not and will not spare any assistance to maintain territorial integrity and establish lasting stability and security, and development and prosperity among the countries of the region and the Islamic world.

In the end, together with all Iranians in the motherland and all over the world, we pay tribute to the lofty spirit of the General of Peace and Security, Haj Qasem Soleimani.