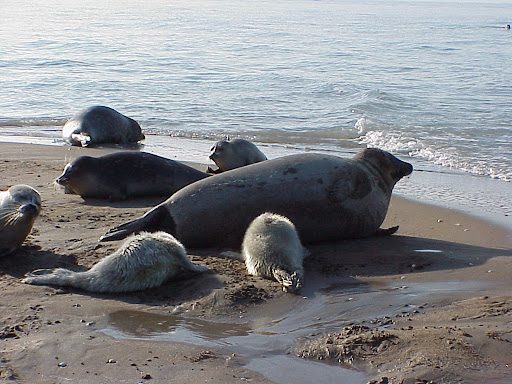 An Iranian environmental official says Tehran has been pressing neighboring Azerbaijan Republic to clarify the situation revolving around the unusual deaths of Caspian seals in the aftermath of Baku’s naval drills in the Caspian Sea.

At a presser on Sunday, Davoud Mirshekar said Iran has asked the Caspian Sea littoral states to offer explanations on the recently-reported deaths of a number of seals, the bodies of which were found on the country’s northern coastlines following Azerbaijan’s naval war games.

The Iranian Department of Environment asked the Foreign Ministry to follow up on the case through the Caspian littoral states, he said. “Among them, Russia was answerable and the cases [of deaths] that were due to natural causes were studied.”

“The Republic of Azerbaijan has so far failed to issue any response and we hope that the Foreign Ministry will continue to pursue the case,” Mirshekar added.

Late last year, local environmental officials in Iran’s northern province of Mazandaran reported that 14 Caspian seals had been found dead on the shorelines, describing the deaths as unusual.

The report came after the naval forces of Azerbaijan Republic staged naval drills in their sector of the Caspian Sea in October 2021.

The International Union for Conservation of Nature and Natural Resources (IUCN) has raised the alarm over the environmental dangers posed to Caspian seals, the sole marine mammals inhabiting the sea.

Many factors such as oil spill, excessive boat traffic, industrial waste, among others, are pushing the species toward extinction, according to environmentalists.