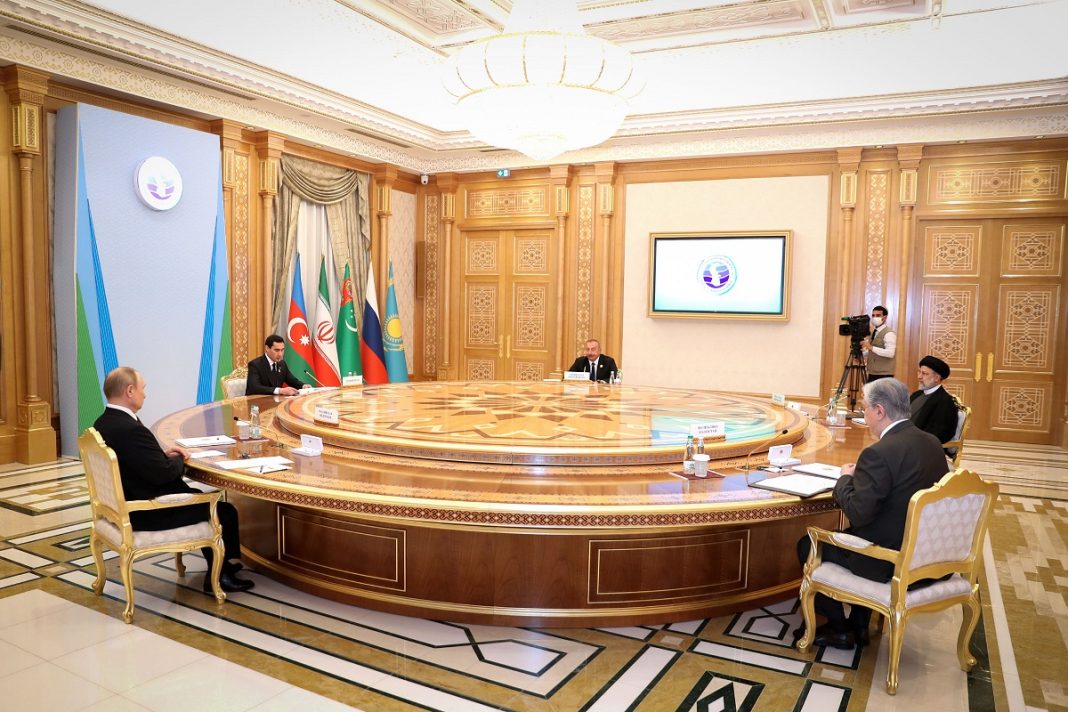 The Caspian Sea littoral states have issued a statement in the end of their summit in Ashgabat where they reached an agreement that requires guaranteeing regional security and stability and banning foreign military presence in the region.

The agreement bars every regional country from giving its maritime territory to a third one for military operation against a Caspian Sea littoral state.

Another key clause in the agreement is that it bans the presence of extra-regional countries’ armed forces in the Caspian Sea.

The agreement also says a lasting balance of arms among regional countries must be ensured and their military development must remain at a reasonable level and must consider the interests of all Caspian Sea states, without undermining their security.

The Caspian Sea littoral states also agreed that Tehran will host the next summit of the grouping.

Iran’s President Ebrahim Raisi also participated in the 6th summit of the Caspian Sea littoral states in Turkmenistan at the invitation of the Turkmen president. A high-ranking delegation including political and economic officials accompanied Raisi on his visit to Ashgabat.