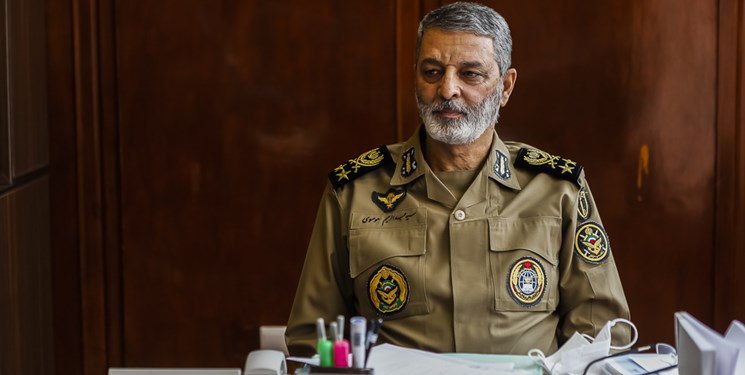 Speaking to reporters on the sidelines of the funeral of the martyrs at an airbase in Tehran on Tuesday, Major General Mousavi said four teams of experts have been dispatched to the scene of the fatal accident to investigate the case.

The four teams, representing the General Staff of the Iranian Armed Forces, the Defense Ministry, the Army and the Navy, have launched a probe into the incident, he added.

The senior commander said arrangements have been made to carry out all necessary measures to investigate the incident.

Looking into such accidents usually requires a very complicated process, because a careful and detailed examination should be conducted to ascertain whether a problem relates to the technical issues or the human error, the Army chief explained.

He also praised the Navy rescue and relief teams for saving the crew of the doomed vessel after the accident, saying 16 servicemen were evacuated from the ship, one of whom was pronounced dead later.

“The measures that are being taken at present are aimed at discovering the cause of the incident,” Major General Mousavi concluded.

In a message for the Army chief on Tuesday, Leader of Iran’s Islamic Revolution Ayatollah Seyyed Ali Khamenei ordered the Army to hold an inquiry about the accident, shed light on the dimensions of the incident, identify the ones possibly at fault, and make the necessary arrangements to prevent a recurrence of such tragic incidents.

Nineteen Navy servicemen were martyred and 15 others injured in the accident on Sunday evening, May 10, when a number of vessels were carrying a naval training exercise off the coasts of Jask and Chabahar in the Sea of Oman.