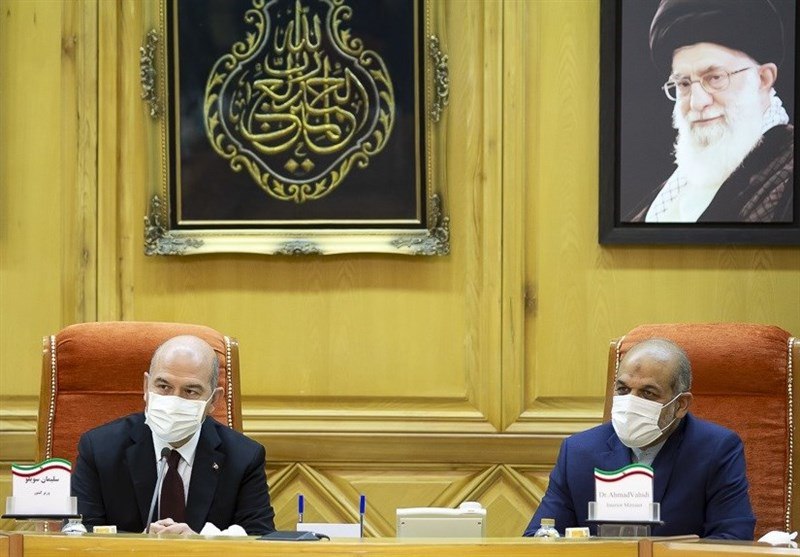 The interior ministers of Iran and Turkey have discussed ways to expand cooperation in fighting terrorism.

Vahidi said at the news briefing following his talks with Soylu that in the meeting, the development of relations between the two countries in all areas was discussed.

Vahidi added, “We discussed the fight against terrorism, international crime, arms trafficking, the development of cross-border activities, and the development of joint cooperation in all areas, including the issue of immigration.“

He added he and his Turkish counterpart also talked about more general issues such as the destructive role of the US and Zionist regime in the region and the many problems they have created for nations including Afghanistan and the conspiracies they have hatched in the region.

Vahidi noted that the determination of the two countries to develop strategic relations is firm.

He also said Iran and Turkey will not allow others to disrupt their relations.

Soylu also described his talks with Vahidi as important. He said Iran and Turkey cooperate in the fight against terrorist groups including the PKK and they are resolved to combat terror.