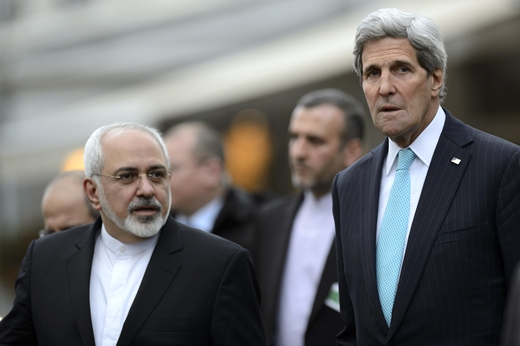 Sadegh Zibakalam, a political analyst, has said that a nuclear deal is sure to be clinched between Iran and P5+1 and it will be welcomed by the silent majority in Iran and the United States.

An Iranian political analyst says that nuclear talks between Iran and P5+1 have reached a point of no return.

Sadegh Zibakalam, who is also a university professor, made the comment in an interview with fararu.com on July 12 during which he likened the nuclear talks to an irreversible chemical reaction [which can only proceed in one direction until it reaches completion]. The following is the translation of excerpts from Zibakalam’s remarks in the interview:

Nuclear talks will ultimately lead to a deal. Although the timing of such a deal is still unknown, the two sides have no other option but announce the conclusion of a nuclear deal by July 13 or September at the latest.

The talks will end in a win-win outcome by the July 13 deadline, no matter what that result. If the two sides fail to reach an agreement over a few outstanding issues and have to extend the talks for another period – which is likely to be by September – it does not mean that the talks have produced a breakthrough or ended in a breakdown.

If the result is something other than a deal, the Worriers [the fervent supporters of former President Ahmadinejad and his hardline nuclear policies and the fierce critics of the policies of President Rouhani’s administration] and hardliners inside Iran will beat the drum to claim that the talks have failed, pointing an accusing finger at the US – as usual. In other words, the business of hardliners – which had long been slack and lackluster – will thrive on the eve of Eid (al-Fitr [which marks the end of the holy month of Ramadan]).

If no deal is produced at the talks by Monday, the happiness and partying by the Worriers and hardliners in Iran will not last more than two months. In chemistry, some reactions cannot be undone once they are complete; that is to say such reactions are irreversible.

Like these chemical reactions, nuclear talks between Iran and P5+1 have reached an irreversible point. If the outcome is anything other than a deal by Monday, the talks are unlikely to return to the conditions that existed prior to June 14, 2013 [when Hassan Rouhani was elected president].

Experts, foreign ministers and their deputies [of the two sides] have held hundreds of hours of technical, political and legal talks in the past two years. In the same period, the US secretary of state has had numerous diplomatic consultations with his Iranian counterpart. If the two sides had not had strong determination to clinch an agreement, they would have not put in this amount of time and energy to settle their differences over Iran’s nuclear program.

Iran and the United States – the main parties to the talks – as well as other countries in the world and those who seek regional and international stability and peace want the talks to produce a deal. Those who wish to see nuclear talks between Iran and P5+1 return to the time before June 14, 2013 – in defiance of all rules and formulas – are the Worriers and hardliners inside Iran; the Republicans in the US; Saudi Arabia and Israel in the region; and all those countries and groups which wish to see a regime change in Iran.

Although the American hawks and [Israeli Prime Minister] Benjamin Netanyahu outside Iran and the Worriers inside Iran share one dream, which is no deal between the two sides, they have their own reasons.

The Worriers and hardliners in Iran fret that a nuclear deal may pull the rug of anti-Americanism out from under them on the one hand, and the short-term benefits may be funneled into the coffers of the Rouhani administration on the other. They are also concerned that a nuclear deal may boost the political and intellectual group(s) which have links with the president and can – as a result of the deal – tip the balance in the upcoming parliamentary elections in their own favor.

Except for those who are worried at home and abroad, the decision makers both in Iran and the US have come to the conclusion that a nuclear deal should be struck. A deal, which is sure to happen, will undoubtedly please the majority of people in the two countries.