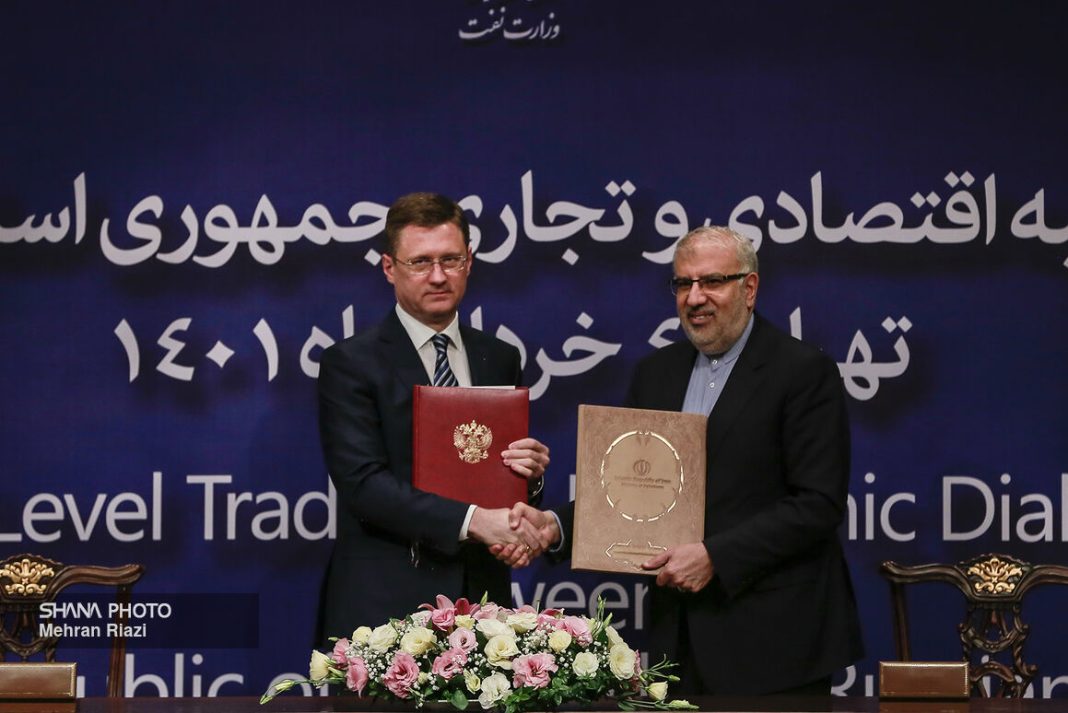 The MoUs were signed on Wednesday during a meeting in Tehran attended by Owji and Russian Deputy Prime Minister Alexander Novak, according to reports by Iran’s IRNA and Shana news agencies and reports in the Russian media.

The two officials serve as co-chairs of the Iran-Russia economic and trade cooperation commission.

The official IRNA agency quoted Owji as saying that Iran and Russia had agreed to use national currencies for settlement of trade and energy payments.

Novak told Russia’s official Tass news agency that Moscow and Tehran had agreed to “move to the highest possible level of mutual settlements in national currencies”.

Novak added Iran and Russia will continue talks to connect their electronic payment systems as well as their financial messaging systems.

Owji stated that Iranian and Russian government delegates had also signed MoUs on joint projects in the upstream and downstream of their oil and gas sectors.

He told Oil Ministry’s Shana news agency that under the deals, Iran will be able to export petrochemicals and technical and engineering services to Russia, including a home-grown technology on catalyst manufacturing.

Novak noted he and Owji had discussed issues related to swap supplies of oil and gas between Iran and Russia, as well as ways to attract investment in the implementation of oil and gas projects.

Iranian sources indicated that under new agreements with Russia, Iran will be able to use the Russian territory to carry out swap deliveries of natural gas to other countries.

Under a similar agreement, Iran currently supplies gas to Azerbaijan in return for gas delivered to its northeastern border from Turkmenistan.

Novak’s discussion of investment issues with Owji comes amid growing interest in Russian companies to become involved in Iranian in oil and gas projects.

The Iranian oil minister did not elaborate on further details about joint projects but said that Iran and Russia will seek to reach a target of $40 billion in annual value of economic ties as part of a joint efforts by the two countries to offset the impacts of American sanctions on their economies.