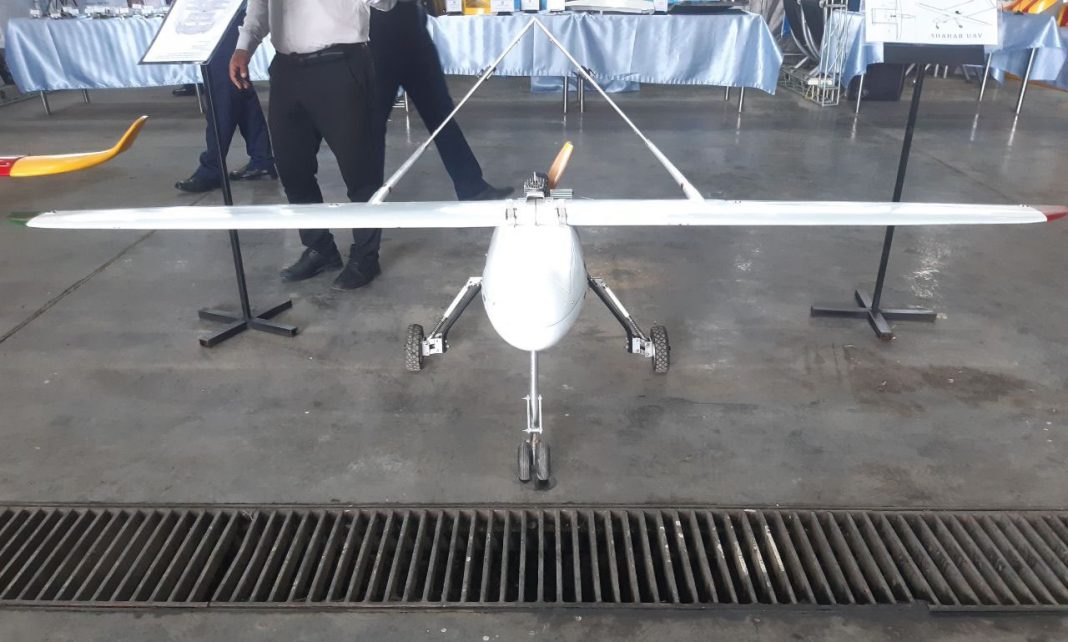 The Iranian air force has showcased its domestically-produced Shahab unmanned aerial vehicle (UAV) for the first time in the Islamic Republic of Iran Air Force (IRIAF)’s air show, considered a major milestone in its arsenal.

The drone, designed for training purposes, was unveiled in the Shahid Lashgari Airbase in the Iranian capital Tehran on Wednesday.

It is an upgraded and advanced version of Safir drone and is significantly lighter.

Shahab, which also has the reconnaissance capabilities, can fly as high as 11,000 feet for eight hours, a remarkable improvement compared to its predecessor.

The flight radius of the UAV for training activities is 10 km, but its flight radius for reconnaissance missions can be increased to 200 km.

Meanwhile, in order to maintain the balance of the drone during flight, landing and takeoff, the end of its fin is designed in a V shape.

The exhibition is held to mark the Sacred Defense Week in Iran on the anniversary of the start of 1980-88 war imposed by Iraq.

The Iranian armed forces have showcased several new achievements in the exhibition.