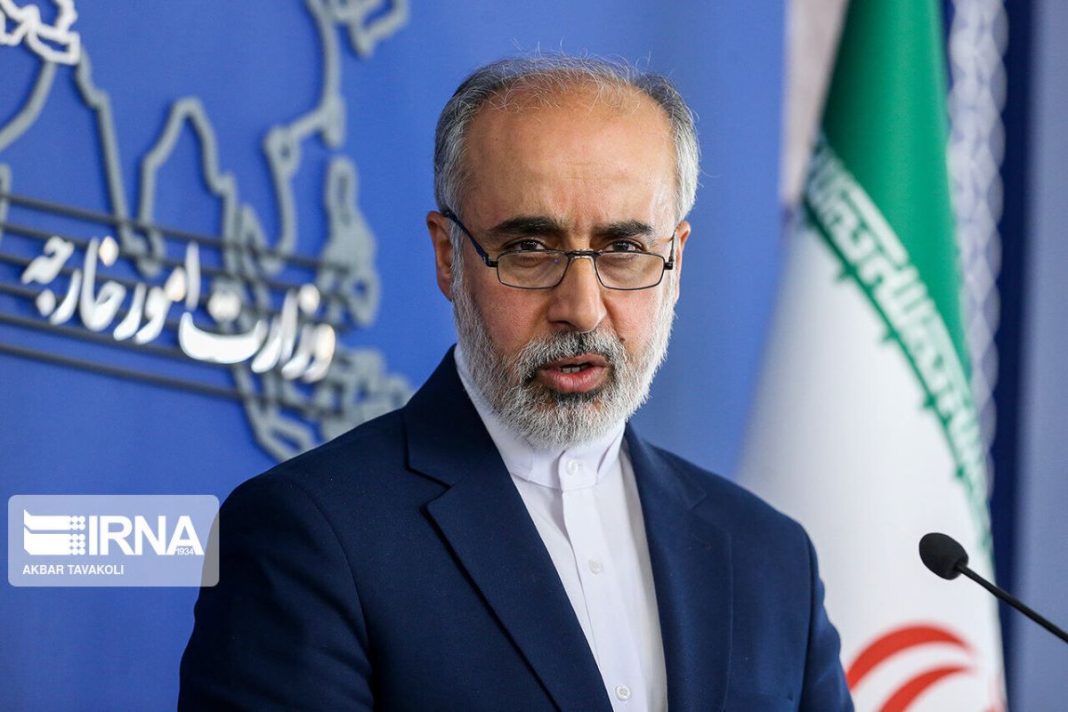 Iranian Foreign Ministry spokesman Nasser Kanaani says Tehran has always kept the window of diplomacy open for the revival of the Joint Comprehensive Plan of Action (JCPOA). He added an eventual agreement on the restoration of the accord is still within reach if the Western side exhibits genuine willingness.

He described the recent meeting between Iranian Foreign Minister Hossein Amirabdollahian and EU High Representative for Foreign Affairs and Security Policy Josep Borrell as an important event and a good opportunity for both sides.

“The [ultimate] agreement is still viable, and the window of diplomacy is open on the part of Iran. The US administration pursues a policy of confusion and confrontation and maintains negative and hostile stances. We believe that the agreement is within reach and remains on the negotiating table provided that Westerners demonstrate the needed determination” to strike the final deal, Kan’ani underlined.

He underscored that the European sides to the JCPOA – Britain, France and Germany – must take practical steps if they are looking for an ultimate agreement in the talks to revive the 2015 nuclear deal, noting that Iran’s foreign policy is not tied to the JCPOA and Vienna talks and that the Islamic Republic follows a policy of cooperation with its neighbors.

The talks to revive the JCPOA kicked off in the Austrian capital of Vienna in April 2021 with the intention of examining Washington’s seriousness in rejoining the deal and removing anti-Iran sanctions.

The negotiations have been at a standstill since August due to Washington’s insistence on its hard-nosed position of not removing all the sanctions that were slapped on the Islamic Republic by the previous US administration. Iran maintains it is necessary for the other side to offer some guarantees that it will remain committed to any agreement that is reached.

On recent unrest in Iran, Kan’ani stated Western countries bet on a losing horse when they put all their weight behind the recent riots across Iran, noting that they have now admitted their miscalculation concerning the violent unrest.

“The governments that bet on Iran’s internal developments bet on a losing horse. We had warned them not to sacrifice their interests to no avail,” he told reporters.

Even though Western governments claim that they were not pursuing regime change in Iran, Tehran will never forget their roles in the riots, he added.

Kan’ani also pointed to the issue of foreign nationals detained over their involvement in the riots, saying Tehran has already notified their countries, and some were even allowed to contact their families, in a humanitarian gesture, on Christmas.

Violent riots broke out after the death of 22-year-old woman Mahsa Amini in Tehran. Amini died on September 16 in the hospital three days after she collapsed at a police station. An investigation attributed her death to her medical condition, dismissing allegations that she had been beaten by police forces.