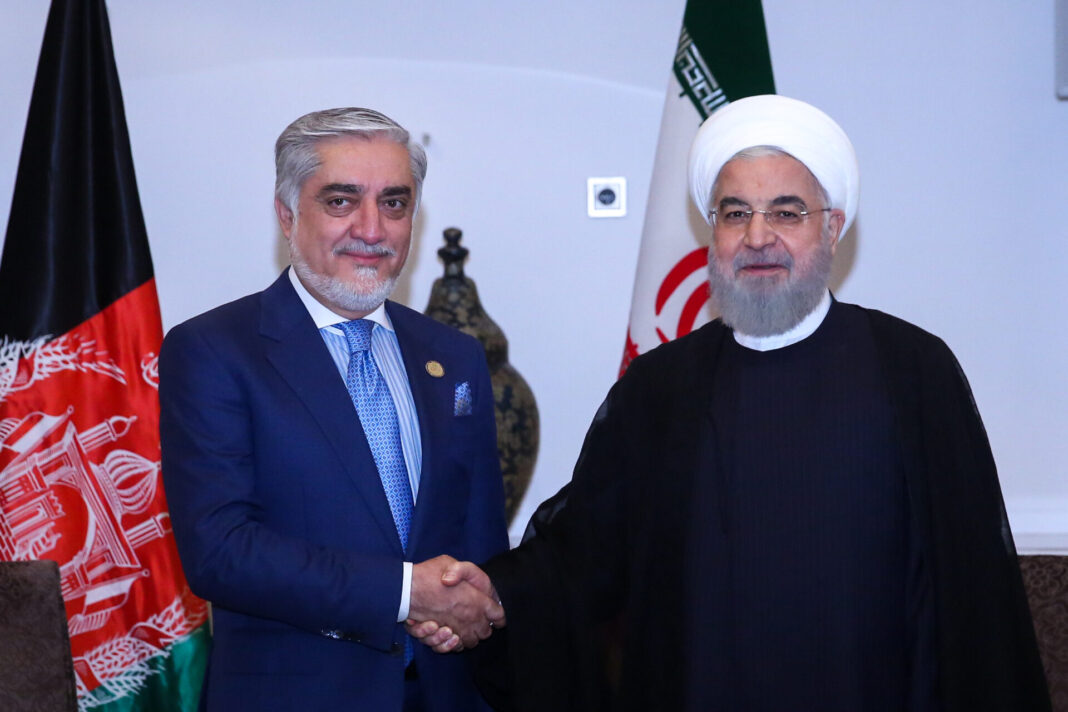 Iranian President Hassan Rouhani says the Islamic Republic is seeking to help restore peace, security and stability to Afghanistan, and thus will continue its relentless efforts to eradicate drug trafficking in the neighbouring country.

President Rouhani made the remarks on Saturday in a meeting with Abdullah Abdullah, the Chief Executive of Afghanistan, on the sidelines of the 5th Conference on Interaction and Confidence-Building Measures in Asia (CICA), which is underway in the Tajik capital Dushanbe.

He then underlined the importance of fight against drug trafficking and said the business serves as the main source of terrorism.

For his part, Afghanistan’s Chief Executive referred to Iran’s efforts in fight against drug trafficking and said Iran and Afghanistan should establish close cooperation in this area.

Earlier, Iranian President held talks with his Afghan counterpart Ashraf Ghani on Friday on the sidelines of the 19th Summit of Shanghai Cooperation Organization in Bishkek.

During the talks, Rouhani said Tehran will do its best for strengthening stability in Afghanistan.

President Rouhani described drugs as a great plight that the region is grappling with and said, “Unfortunately, cultivating opium poppies in Afghanistan has increased and it needs to be addressed seriously by the Afghan government with the help of international organizations”.

For his part, the President of Afghanistan said his country is willing to develop cooperation with Tehran in all areas of mutual interest.

“Afghanistan welcomes Iran’s role in its peace talks. Meanwhile, we think that the issue of drugs should be addressed within the framework of bilateral and international negotiations”, he concluded.