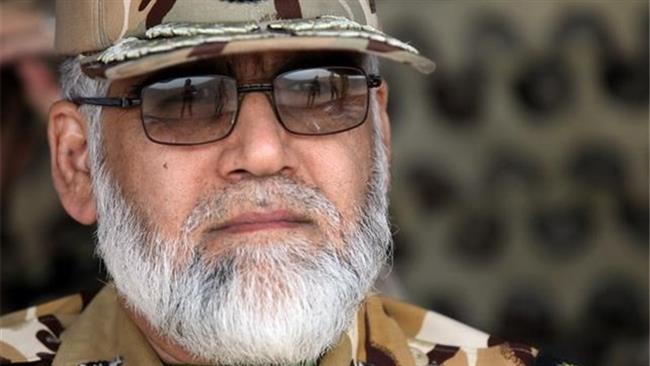 The commandos were from the Army’s Brigade 65, who had taken on a mission of advising Syrian forces in their battle against terrorists.

“In an operation against several thousand terrorists with the al-Nusra Front and [other] Takfiris carrying out a sweeping attack south of Aleppo, these soldiers staged devoted and decent courage and bravery, which resulted in the martyrdom of four of them,” he said.

He made the remarks in Tehran on Tuesday during a funeral ceremony for one of the advisers.

“Prior to their martyrdom, they managed to destroy a number of tanks and personnel carriers belonging to al-Nusra and kill 200 of the terrorists, documents attesting to which are at hand,” he said.

Militancy began in Syria in March 2011, and has killed at least 270,000 people, according to the so-called Syrian Observatory for Human Rights. Some reports, however, put the death toll at as high as 470,000.

Throughout the past two years, al-Nusra has joined the sowing of death and destruction across the Arab country alongside Daesh, another Takfiri terror group.

Commenting on the Iranian advisory mission in Syria, Pourdastan said, “We have a duty to be at hand if there is a mission and perform our responsibility.”

He, however, said, “We do not perceive Daesh to be so big that would entail us sending in a military regiment. Our main enemy is the United States and we prepare ourselves in proportion to that.”