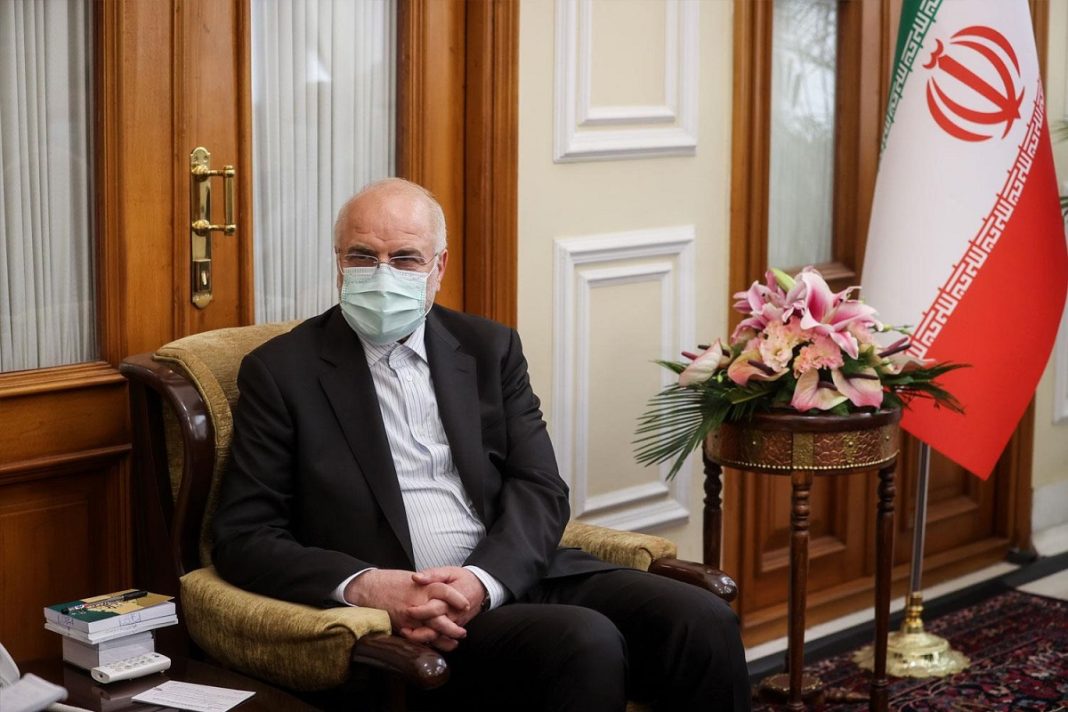 Iranian parliament speaker says the Islamic Republic has the capacity to increase its trade exchange with its neighboring countries to 216 billion dollars a year and sounded upbeat to hit the target despite sanctions.

Mohammad Bagher Qalibaf, who is visiting Uzbekistan at the head of a delegation, made the remarks in a meeting with Iranian businesspeople in Uzbekistan on Wednesday on the second day of his trip.

Qalibaf stressed that Iran seeks to further expand its economic relations with its neighbors in the 7th Development Plan, a goal emphasized by the Leader of the Islamic Revolution Ayatollah Seyyed Ali Khamenei.

He praised the private sector as the vanguard of economy and said the government has adopted policies to facilitate trade in the sector.

The Iranian parliament speaker also said Iran and Uzbekistan have to design a logistic hub to facilitate trade between the private sectors of both countries.

Meanwhile, deploring that the US-speared sanctions have acted as hurdles and hampered some companies’ activities, Qalibaf said there are some strategies to bypass the punitive measures.