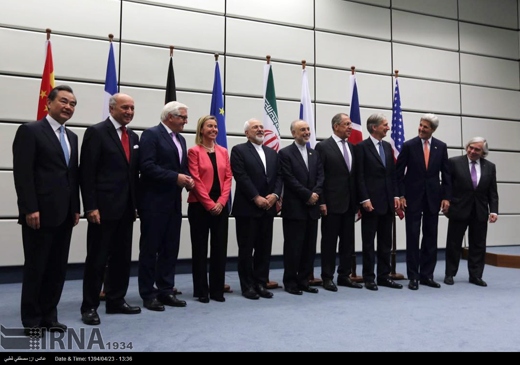 Officials from different countries have hailed a historic deal between Iran and the world powers in Vienna, saying that the landmark deal will help restore stability and security in the region.

Senior officials from different countries welcomed the nuclear agreement between Iran and the world powers in Vienna as a historical landmark move that heralds the spread of stability and security across the region.

Iraqi Foreign Minister Ibrahim al-Jafari described the Iran-P5+1 agreement and its future implementation as a source of regional stability.

“The implementation of the Iran-P5+1 nuclear agreement is necessary for the restoration of security to the region,” the Iraqi foreign minister said.

“Annulment of the sanctions imposed against Iran in this deal will benefit regional economy and will directly leave positive effects on Turkey’s economy,” Cavusoglu said.

Tajikistan’s Foreign Ministry, meantime, in a statement underlined that the Vienna deal is a historic achievement.

“The government of Tajikistan congratulates the Iranian leadership and people as well as P5+1 on this agreement,” the statement added.

In his messages, President Assad voiced his pleasure that Tehran and P5+1 eventually settled their 13-year differences in the Austrian capital today.

Russian President Vladimir Putin also welcomed the decisions and agreement that were reached in Vienna on July 14, aimed at resolving the standoff over Iran’s nuclear program.

“Despite the attempts to justify forceful scenarios, the negotiators made a firm choice in favor of stability and cooperation, which will be reflected in a UN Security Council resolution,” Putin said in a statement posted on the Kremlin’s website on Tuesday.

“Russia welcomes the decision reached in Vienna today, aimed at resolving the situation around the Iranian nuclear program, and the Joint Comprehensive Action Plan approved by the six mediators and Iran. We are certain that today the world sighed with great relief,” the statement read.

“The comprehensive agreement is based on the solid foundation of international law, primarily, the Treaty on the Non-Proliferation of Nuclear Weapon and the International Atomic Energy Agency (IAEA) Safeguards Agreement, including

the Additional Protocol,” the president said.

“We have come a long way in the framework of the UN Security Council-backed negotiations involving Russia, China, the United States, France, the United Kingdom, Iran and the European Union. We are satisfied that the decision they reached is based on the principle of gradualness and reciprocity our country has consistently defended at every stage of these complicated negotiations,” the statement read.

Iran and P5+1 (the US, Russia, China, Britain and France plus Germany) reached an agreement on Tuesday to resolve the 13-year-long standoff on Tehran’s nuclear program.