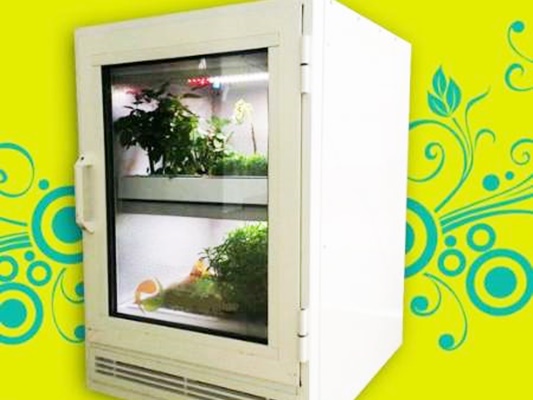 According to a Farsi report by IRNA, the intelligent garden helps remove soil from the process of growing plants and reduce water consumption by 90 percent. In addition, the device does not use poisons and pesticides as well as ultraviolet light, which harm plants’ phloem – the living tissue that transports the soluble organic compounds made during photosynthesis, in particular the sugar sucrose, to all parts of the plant where needed – and, thus, increase the risk of contracting cancer, for growing plants.

The two companies designed and made the intelligent home garden in cooperation with each other.

Commenting on the device, Mohsen Karimian, the CEO of one of the companies, said a number of Iranian and foreign investors have started negotiations with the two knowledge-based companies on purchasing the technology for making the apparatus and exporting the device.

He added, “A number of these investors, including companies from 15 countries, began their negotiations with us on these two issues in the 13th National Sheikh-Bahai Technopreneurship Festival which was held on April 21 and 22, 2017.”

Karimian said the making of the device was aimed at developing and improving agro and animal husbandry industries and reducing energy consumption.