Indonesian Minister Due in Iran for Oil Deal 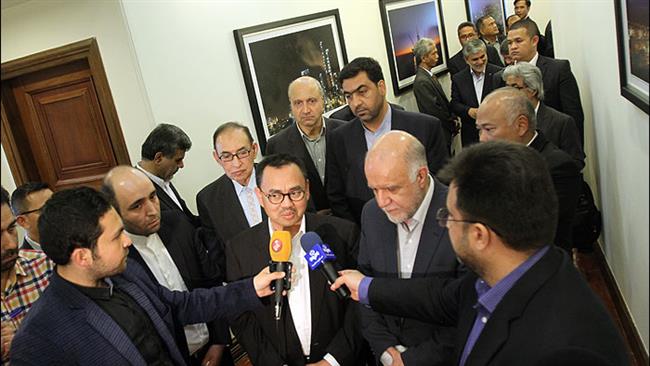 Indonesia’s state energy company Pertamina said on Friday May 27 that Indonesia’s Energy Minister Sudirman Said is expected to sign an initial deal with Iran for the purchase of crude oil and liquefied petroleum gas (LPG).

Said has said that Indonesia is interested in a long-term oil supply deal with Iran to meet its rising demand for crude as the country is expanding its refineries.

Indonesia is building four refineries, each with capacities ranging between 300,000 barrels per day (bpd) and 350,000 bpd, to cut its dependency on oil product imports.

The two countries once considered building a refinery in Indonesia to process 300,000 bpd of Iranian heavy crude oil, but that plan has apparently been put on hold.

Indonesia recently rejoined the Organization of the Petroleum Exporting Countries, with Said expected to attend the OPEC meeting in Vienna on June 2.

Indonesia currently imports 800,000 to 900,000 bpd of crude oil, but its officials have said there is potential to go beyond this level.

Minister of Economic Affairs and Finance Ali Tayyebnia has said Iran can supply Indonesia with 200,000 bpd of crude oil.

Trade between Iran and Indonesia stood at $450m in 2014, having plunged from $2bn before the West intensified sanctions on the Islamic Republic in 2012.

Indonesia has the largest Muslim population in the world, with more than 250m people. Iran’s population has risen to more than 80m, according to state officials.

Officials have said there is a huge market in both countries for cooperation given the size of their populations.