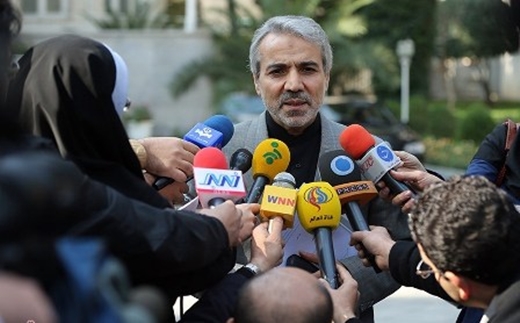 Given Iran’s capacities, the Japanese companies are interested in direct investment in Iran, said Nobakht.

Director of the Management and Planning Organization Mohammad Bagher Nobakht said Tuesday that implementation of the Joint Comprehensive Plan of Action will mark the beginning of cooperation with foreign companies and investors.

Since the government has initiated the resistance-based economy which requires boosting non-oil exports, the economy needs joint investment, Nobakht said after a meeting with the Japanese foreign minister.

Nobakht, who also serves as the government spokesman, said that the Japanese companies have voiced their readiness for cooperation with Iran in the post-sanctions era. They enjoy the advantage of having a good image in the Iranians’ historical memory compared with other countries.

He said that the Japanese companies have capabilities in different fields and thus could be a suitable economic partner for the Iranian firms.

Nobakht said that the Japanese delegation has been told that Iran is not an 80-million market for foreign exports; rather it is a big factory for producing valuable goods in collaboration with various companies under joint venture deals.

The Japanese companies are interested in direct investment in Iran, given Iran’s capacities, they can undertake activities in jointly-run plants and roll out high-quality products, he added.